The University of Waterloo celebrated the official opening of the expanded Velocity Garage, making UWaterloo home to the largest free startup incubator in the world. 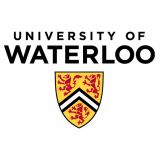 Now occupying 37,000-square-feet, the Velocity Garage offers workspace for up to 120 startups to work and collaborate, as well as business mentorship, equipment and a vibrant startup community. The expanded facilities include a new wet laboratory, assembly space, workshop and prototyping lab for startups developing hardware and science innovations. The Velocity Garage houses software, hardware, life-sciences and social entrepreneurship startups—formerly housed in separate buildings—together under one roof.

“What is happening here is important, not just to our community, but also the world,” says Feridun Hamdullahpur, president and vice-chancellor of Waterloo. “Velocity companies continue to be leaders in solving important, global problems, while building sustainable businesses along the way.”

Velocity and the University play a central role in driving innovation within Waterloo region. Velocity has facilitated the growth of 175 companies, creating more than 1,200 jobs since the program started in 2008, and raising $425 million in funding. Velocity does not charge companies fees or take any equity from startups. Pitchbook ranks the University the top school in Canada for venture-capital-backed entrepreneurs.

“Velocity is a key component of the region’s innovation ecosystem and a symbol that the University of Waterloo is leading in economic growth and job creation through entrepreneurship,” said Jay Shah, director of Velocity.

The expansion came together through partnerships including the City of Kitchener, which provided $500,000 in funding to build the new science lab at the Velocity Garage. Velocity benefits from co-location in the Tannery alongside Communitech. The expansion of Velocity was also enabled by Google’s move into new offices at the nearby Breithaupt Block, and a gift of furniture from the tech company.

The Velocity Garage expansion follows a series of major projects for Velocity this year, including the opening of Velocity Start, a 6,000-square-foot entrepreneurship discovery space on campus at the University of Waterloo, offering startup workshops, coaching and a makerspace. Velocity Science, a partnership with the Faculty of Science, opened a 2,500-square-foot science lab in the spring to provide entrepreneurs with additional lab equipment, resources and guidance needed to develop world-class science companies. Velocity programs also include the Velocity Residence, a dorm for student entrepreneurs from which the Velocity program began in 2008, and the Velocity Fund, Canada’s premiere pitch competition, which awards $375,000 in non-equity grants a year.