Gordon Hutchison, long regarded as one of Canada’s foremost commentators on the electronics and telecommunications sector, passed away this spring. 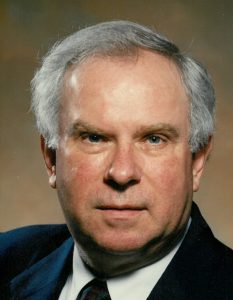 Gordon Hutchison wrote a regular column for EP&T for more than two decades.

A regular column contributor to EP&T since the magazine’s launch in 1979, Hutchison continued with his candid and in-depth perspectives up until his retirement in the early 2000’s. He was the founder and publisher of Evert Communications producing newsletters for the high tech industry such as Canadian Communications Network Letter, the Electronics Communicator, Report on Wireless and Research Money.

Gord was an active Scout leader and trainer and a member of Ashlar and Ionic Lodges and several appendant orders, St. Justine’s Conclave and a G.R. Chapter officer in Quebec. He leaves his wife Leslie Coxall, her children Richard (Marlisa) and Michelle (Brodie), his first wife Anne Mimee (Tom), her children Edward and Ame (Carl), and 7 grandchildren.