Navitas Semiconductor, a next-generation power semiconductor company and provider of gallium nitride (GaN) power ICs and silicon carbide (SiC) technology, has reached an agreement to acquire the remaining minority interest in its silicon control IC joint venture from Halo Microelectronics for a purchase price of $20 million in Navitas stock.

In 2021, Navitas and Halo created a joint venture to develop application-specific silicon controllers that are optimized to work in combination with Navitas GaN ICs to set new standards for efficiency, density, cost and integration for a wide range of applications. 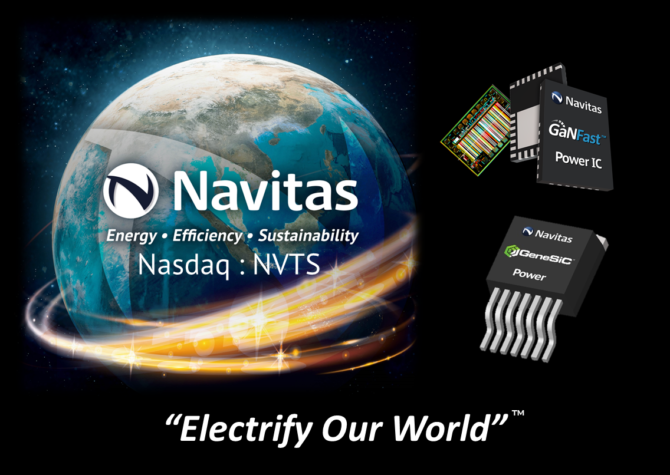 The first family of products have been developed and released to production which address AC-DC power supply applications across mobile, consumer, home appliance and auxiliary power supplies in enterprise, renewables, EV and other related markets.  The silicon controller and GaN ICs combine either as a ‘chip-set’ or are co-packaged, to target 20 W to 500 W applications and have already been adopted by dozens of customers set to introduce their next-generation products later this year.

As Navitas was already the majority shareholder, financial results from the joint venture have already been reflected in Navitas’ historical financial statements and guidance. The transaction is expected to close in February. The addressable market potential for this additional silicon controller capability is estimated at over $1B per year by 2026.

“This is another strategic acquisition for Navitas as we integrate critical silicon controller capabilities with our leading-edge GaN and SiC technologies,” said Navitas CEO and co-founder Gene Sheridan. “Silicon controllers are needed in all power systems and largely define the architecture of those systems. By combining silicon controllers with GaN and SiC, Navitas is uniquely positioned to influence customer architecture decisions to maximize the system benefits and Navitas’ value when using GaN or SiC in next-generation power electronics.”