Automakers have been installing increasingly high-tech features and infotainment systems

A driver sitting behind the wheel of a new vehicle could be scrolling through their Spotify app looking for the right album when they get an incoming call or text, only to have a warning bell go off about the outside temperature while their steering wheel vibrates because they’re drifting closer to the edge of their lane. All the while, they’re supposed to be on the lookout for pedestrians, cyclists and other vehicles.

Automakers have been installing increasingly high-tech features and infotainment systems in vehicles, but that doesn’t mean they’re becoming safer.

The most high profile example is Tesla, which recently drew criticism for allowing video games to be played on the console while the vehicle is in motion. But even standard options like changing the music or using the navigation system can create serious distractions for drivers. 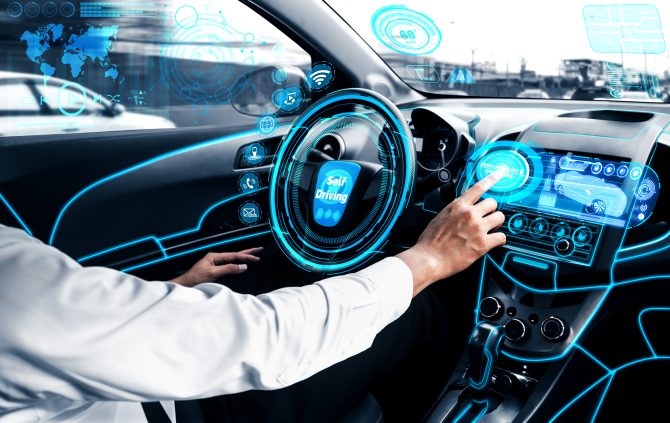 Given the lack of regulatory oversight into the issue, safety advocates are working to raise regulatory and consumer awareness about the risks of increasingly complex vehicle controls.

Features are likely fine on their own

“This is a major and an increasing issue,” said Ian Jack, head of public affairs at the Canadian Automobile Association. “It’s becoming increasingly challenging for people to manage these things inside their vehicle.”

Most of the features are likely fine on their own, but it’s the overall load on the driver that’s the problem, said Jack.

“The sheer quantity of potential distractions that technology is adding is really what the issue is.”

CAA is planning to soon launch a public awareness campaign to better inform drivers of the risks of distracted driving with a focus on so-called infotainment systems.

The campaign comes as distracted driving, which includes tasks such as eating, talking with passengers and using vehicle technology, has been a rising contributor to fatal and serious collisions.

The most recent statistics from the Traffic Injury Research Foundation show that as of 2018, distracted driving contributes to one in four fatal crashes.

Infotainment systems contribute to the problem

That’s roughly on par with impaired driving, said Robyn Robertson, chief executive of the foundation, though in distracted driving the victims are less likely to be driver.

More complex infotainment systems could be contributing to the problem. Research by the University of Utah in collaboration with the AAA Foundation for Traffic Safety found that infotainment systems in the vehicles from the 2018 study often put a very high demand on drivers through a combination of visual, mental, and time demands, with some tasks taking upwards of 48 seconds. Further research found that older drivers are especially prone to potential distractions from systems.

Taking eyes off the road for tech

Automakers have been working to address distraction issues, such as improvements to voice commands, but those can pose their own risks, said Robertson.

“Drivers often end up taking their eyes off the road to look at the technology and are frustrated as to why it’s not doing what they want it to do.”

Meanwhile automakers likely feel pressure to add some features, such as larger screens and entertainment options, because that’s where they see the market going, said Robertson.

“The challenge they often face is consumer demand for things in the vehicle which may not necessarily be safe. How do you balance that, because you need all manufacturers to do it.”

Design devices that are compatible with safe driving

The University of Utah report also noted that just because a certain technology is popular with consumers doesn’t mean it’s safe to use while driving. Canada introduced guidelines in 2019 for limiting distractions from displays, but they’re not enforceable.

Transport Canada spokeswoman Sau Sau Liu said in a statement that the agency “encourages vehicle and electronics manufacturers to design devices that are compatible with safe driving and to follow all relevant safety guidelines and best practices.” She said Transport Canada would continue to update guidelines as the technology evolves.

The situation is similar in the U.S., where display distractions are largely covered by guidelines introduced in 2013. However, American regulators have acted on the issue. When the National Highway Transport Safety Board announced it was investigating Tesla last month for its gaming options, it said it had authority because the U.S. Vehicle Safety Act “prohibits manufacturers from selling vehicles with defects posing unreasonable risks to safety, including technologies that distract drivers from driving safely.”

Companies have also introduced updates to comply with the guidelines, including locking out certain features, such as text input and Bluetooth pairing, while the vehicle is in motion.

Tesla, along with GM, Ford and other automakers did not respond to a request for comment, though Bradley Horn, a spokesman for Chrysler-owner Stellantis said the company has taken numerous measures to reduce distractions.

“Safety is paramount in every Stellantis product, including in the integration of new, more connected technologies,” he said in an email.

The company’s infotainment system, for example allows drivers to customize the home screen so frequently-used buttons are easily accessible. Drivers, however, need to know how to actually do that, so Jack at CAA recommends drivers take the time to familiarize themselves with their vehicle and its features before attempting to use them on the road.

“For the consumer, it’s a matter of understanding that there are a lot more distracting things in a vehicle today than there were, even just a couple of years ago, and to try and minimize whenever possible, those distractions.”