CORNELL DUBILIER ALH series of ac-rated filter capacitors deliver 50% greater life than competitive 85/85 THB-rated film capacitors. The Temperature, Humidity at Bias (THB) test exposes parts to the harsh conditions of 85°C at 85% relative humidity with rated voltage applied. Testing has been validated for 1,500 hours, simulating the extremely harsh operating conditions encountered in many commercial and industrial inverter applications that can cause conventional film capacitors to fail early due to heat and moisture penetration. Product series is optimized for ac harmonic filtering on the input and output sides of inverter circuits. Capacitance ranges from 0.22 to 50µF at 160-450Vac, 50/60Hz with high rms current ratings for handling higher ordered harmonics. 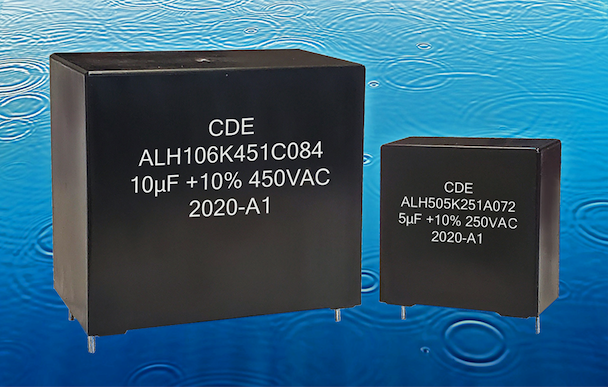