TELEDYNE E2V EV12AQ600-FMC-EVM development kit is for those implementing mixed-signal subsystems. Intended for prototyping work relating to avionics, military, space, telecommunications, industrial and high energy physics applications, kit may be used for evaluating the operation of the company’s EV12AQ600 and EV12AQ605 12-bit quad-channel ADCs. It means that engineers can quickly construct functioning prototypes and check that the expected operational parameters can be achieved. Each EV12AQ600-FMC-EVM board features either an EV12AQ600 or an EV12AQ605 device, along with four single-ended signal inputs and a FMC connector for interfacing with an appropriate programmable logic device. In addition, a high-speed internal clock (supporting 6.4GHz operation), a 12V-rated power supply unit and an ESIstream serial interface have also been incorporated, plus provision for the connection of an external clock and a temperature monitor. 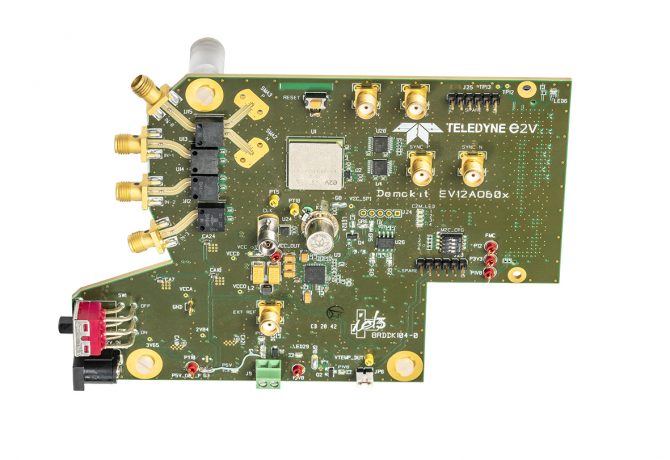