XJTAG v3.6 update to XJDeveloper software includes several new productivity and automation-focused enhancements, allowing engineers to setup tests for even the most complex boards in significantly less time. Product’s unified test and programming IDE, XJDeveloper, is an intuitive development and debug environment that makes it quick and easy to set up and run JTAG tests, detecting faults on high-density boards without costly test fixtures or functional testing. Software incorporates a new documentation feature in XJEase files so that users can label methods in the XJEase file, which can be allocated to testing specific saved devices. Labels are used by the ‘automatic test list creation’ feature to further accelerate test setup. 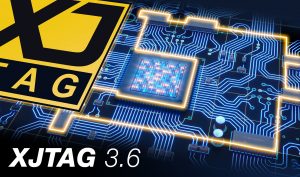