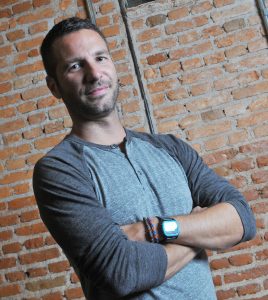 It shouldn’t surprise anyone that Vancouver’s fast emerging virtual reality (VR) and augmented reality (AR) sectors have emerged from its strong existing film, video game and tech industries. Vancouver has built the third largest film & TV production centre in North America and one of the top visual effects and animation clusters globally, but it is the convergence of film, visual effects, animation, games, and technology that might explain the growth of YDreams.

Since 2013, YDreams has been working with virtual reality for its clients. They were originally based in Brazil, but with Vancouver’s VR strength, as well as the grants and funding available to tech companies, YDreams decided to move its head office to Vancouver. West Tech Report took the time recently to speak with Daniel Japiassu, an avid gamer, director and chief executive officer of YDreams.

VR has been a fast-growing industry over the past decade. The hardware has seen a lot of improvements over that time, and more recently, it led YDreams to launch a location-based, entertaining VR solution called Arkave VR. The Arkave virtual reality platform is an ultra-modern arcade, or more specifically, a gaming arena that brings the most immersive experience of virtual reality. The firm plans to open a location in both Vancouver and Toronto in 2019 to mimic the success of their first virtual reality arcade in Brazil. “Arkave VR was a product that would have what we considered the most important features for gamers in virtual reality: multiplayer. So it would be a social encounter, [with] freedom of movement to create fully immersive content and that included a full-body gameplay,” explains Japiassu, who leads a team of about 40 full-time staff.

Since then, the technology continued to develop, which allowed for certain upgrades to the Arkave VR product. Partnering with HTC, their systems feature the HTC Vive and conventional computers, building some of the world’s most advanced multiplayer virtual reality experiences. 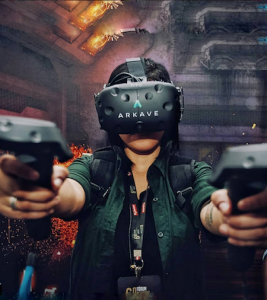 When asked about their decision to move from Brazil, Japiassu explained that their choice of location was made due to Vancouver’s strength as an amazing hub for VR: “There are a large number of companies here generating great content. The community is very open to collaboration and there is a sense of ‘growing together’ that is hard to find.” Another key element was how active the government of British Columbia and the Federal Government were in helping companies develop. “We were looking for different options for bringing YDreams to North America and different options for investment and funding,” says Japiassu. Funds for startups and tax incentives for growing tech companies were very helpful for growth, but it also helped that there were people interested in investing directly in the company: “We were invited by a group from Vancouver to take the company to the Canadian Ventures exchange, and for us, when we visited both Vancouver and Toronto, we discovered the VR ecosystem here, and we loved it.”Y

YDreams has seen their share of challenges as well.  The project and service-based business model is still difficult to work through, explains Japiassu: “Although it is great to work with big brands in highly innovative, customized projects, it pushes our team to keep ahead of the game, to keep up with new equipment and new techniques and, at the same time, it forces us to be nimble.” YDreams Global have developed over 1,300 projects for clients all over the world, such as Disney, NBA, Adidas, Cisco, Nokia, Nike, Mercedes Benz, Coca-Cola, Santander, AmBev, Qualcomm, Unilever, City of Rio, and Fiat. But, still, it is unpredictable, as Japiassu explains: “In one year, they might have several large-scale projects, which demand a large team, and the next year the market can switch and you might have to work on smaller projects, but in higher quantities. It makes it hard to plan ahead and keeps you on your toes.” 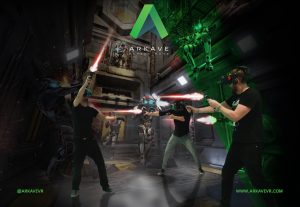 YDreams have been successful by making sure that the company has different sources of revenue and ideally at least one product that has the potential to scale and offer a steady flow of income to the company. That makes it easier to navigate through the rapid changes that they see in technology. “Have something for the present while working on something for the future,” advises Japiassu. “You can´t slow down your innovation or you will be left behind, but you can´t be solely innovative; you have to offer something that will be useful for a while and provide some stability. That´s how we see it.”

But overall, Japiassu feels that this is a great time to be an entrepreneur and to work in technology: “The evolution in the whole ecosystem has been tremendous in the past 10 to 15 years. There is a formula for creating startups that you learn along the way, and different levels of investors who can give you boost at every milestone.”
Perhaps one day, our gaming world will converge on other areas such as education.  It may present new ways to train a police team to react to a sudden threat, or it might teach kids how to use math in a group setting.  Either way, YDreams and Vancouver’s Virtual Reality and Augmented Reality industry will work tirelessly to make a big impact on our future lives.