Universal sockets are unsafe: Here’s why

A universal socket is not the answer to try to create one source that will accept the huge variety of plugs that are available throughout the world. Serious safety issues come into play in trying to do so. 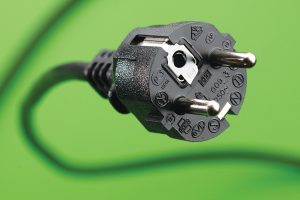 The Continental European plug used throughout Europe needs the plug to be inserted into a recessed socket.

To summarize a ‘universal socket’ in one word—unsafe!

There are a number of different reasons why a universal socket is unsafe. To begin with, national and international electrical standards have specific requirements for the dimensions of a plug and socket which the construction of a universal socket does not meet. The IEC 60884-1 is an example of an international standard that gives specific dimensional requirements. There are many national standards to consult, including North America UL 498 and CSA C22.2 no. 42, United Kingdom BS 1363, Germany DIN VDE 0620-2-1 and Australia AS/NZS 3112.

There are also safety organizations who have issued warnings about the use of a universal socket. The Electrical Safety Council in the UK had Nemko Ltd. (an independent test and certification body for electrical and electronic products) look at “the safety implications of the installation of universal socket-outlets in the UK for domestic and commercial use, using reference standards BS 1363-2:1995 +A4:2012 and BS 5733:2010.”

In the Conclusions and Observations at the end of this test report, it stated: “From the test results it is clear that, as well as the legal implications of installing these universal socket-outlets in the UK for domestic and commercial use, there are also serious potential hazards including risk of electrocution and risk of fire.” It continued with the following recommendation: “It is recommended that electricians are alerted to the potential hazards detailed in this report, in case they are requested to fit such socket-outlets in domestic or commercial installations (for example in hotels).”

Universal socket is not safe to use is because of voltage

Another primary reason why a universal socket is not safe to use is because of voltage. Different mains voltages are used throughout the world. Most of the world uses 230V, while in North America the voltage is 120V and in Japan it can be either 110V or 120V. “A NEMA 5-15 rated at 125V is not allowed to be plugged into a socket that is connected to 230V or vice versa. The fear is if a device that is intended for only 120V is plugged in, the higher voltage will cause overheating and a fire,” explained Dan Ford, technical support specialist at Interpower Corp. 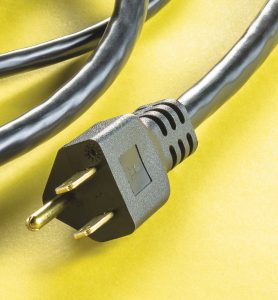 The design of different plugs and sockets throughout the world is another major concern when it comes to universal sockets. For example, the plug used in the UK and some other parts of the world contains a fuse and the outlet incorporates shutters on the neutral and line contacts to prevent someone from pushing a foreign object into the socket. The Continental European plug used throughout Europe needs the plug to be inserted into a recessed socket. In North America, the NEMA 5-15 plug has a completely different configuration than these. With all of the different styles of plugs available, it simply is not possible for a universal socket to meet all of these dimensions and features in one receptacle.

Along with that, it’s important to note that the various plugs and sockets have different amperage ratings. For example: in North America it is 15A; in the UK, 13A; in Germany, 16A; and in Australia, 10A. A plug should be used in a socket that has the same amperage rating. There are potential fire hazards if the amperage rating is exceeded. A universal socket is usually constructed to meet minimum current ratings, meaning that it may be extremely unsafe under normal loads.

Grounding is another huge issue. The UK and NEMA plugs, along with many others, use a third pin to ensure a safe ground connection, but the Continental European plug has grounding clips on the sides of the plug body. The contacts found on the Continental European plug are not present in the universal socket and even if it’s plugged into the socket, it means it would be ungrounded. In the event of a short circuit, this could be potentially fatal. 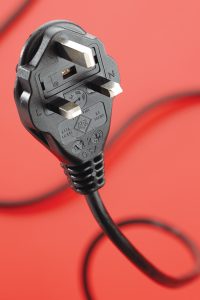 A NEMA 5-15 rated at 125V is not allowed to be plugged into a socket that is connected to 230V or vice versa
The Electrical Safety Council in the UK had Nemko Ltd. look at the safety implications of the installation of universal socket-outlets in the UK for domestic and commercial use.

Polarization also makes a big difference. Electrical polarization means a designated method of wiring the line, neutral and ground wires to the plug or socket. Pin polarization is the dedicated alignment of the pins. While some countries have polarized plugs, others do not. Because of these differences, a universal socket cannot cover all of the combinations appropriately or safely.

The pins of a plug should make complete contact within the socket—that is a key purpose of a socket. It is also another reason why a universal socket is not advised. It is extremely difficult to create one that has full contact with the pins using all of the various plug patterns. They are too different in design and safety becomes compromised. A serious safety hazard of potential arcing and the threat of fire may be created, because the pins are not touching properly. By not having the pins make proper contact within the socket, it can also lead to plugs not staying in securely or being inserted incorrectly. Both of these actions can again cause serious safety concerns.

“In addition to the seriousness of a plug pin not making proper connection to the socket contacts, it’s possible that the plug may not have the proper retention to remain in place in the socket during use,” explained Ron Barnett, product development manager at Interpower.

While it may be frustrating having to deal with the various plugs and sockets found in different countries, there are major safety issues involved in trying to create one socket to fit all which makes a universal socket unsafe—and potentially life-threatening. The electrical connections throughout the world are just too different and are not compatible with each other to have a single socket to accommodate each one. Therefore, it is strongly advised to not  purchase or use a universal socket from any company or any source, no matter what claims for safety are made. A universal socket is, to put it simply, not safe and no electrical national or international standard approves it.