For the start-up OEM or new product developer, the search for a contract electronics manufacturer (CEM) can be scary, confusing, exhausting and an angst-filled process.

For most electronic designers, coming up with the conceptual design merely represents the start of an important process – locating and/or determining a manufacturing partner – CEM or electronics manufacturing services (EMS) provider. 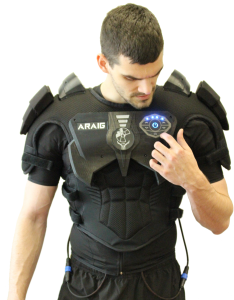 As Real as it Gets (ARAIG) gaming vest modelled by Brodie Stanfield, founder and co-CEO of Inventing Future Technology Inc.

Brodie Stanfield’s journey represents a prime example of the personal struggle and challenges dealt with when hunting for an appropriate electronic collaborator. As founder and co-CEO of Inventing Future Technology Inc. (IFTech), the Port Perry ON-based designer triggered the concept of developing a computer gaming vest while playing against his father more than 10-years ago.

“I felt that, as a player or user of video games, I needed to get more involved or immersed in it,” he says. That’s when he got the idea to begin creating a prototype – cobbled together using a dirt bike vest with speakers strapped to it – then he added servo vibratory motors removed from a personal massage chair.

“In the early stages I was very focused on awareness – versus realism. Enhancing the sensation of the experience was important to extend,” says Stanfield, who graduated from University of Ontario Institute of Technology in 2011, with a degree in Bachelor of Information Technology in Game Development and Entrepreneurship (minor in marketing).

In the early design stages, Stanfield engaged with academia – receiving support from a number of tech institutes in the greater Toronto area. After an extensive and circuitous exploration for financing support, his group was selected to deliver a pitch on The Dragon’s Den TV show. Some inertia was also gained when Stanfield’s gaming vest, called As Real AS It Gets (ARAIG), was used in a photography shoot at a National Geographic event in 2016.

“At this stage of development we were testing out the product and getting gamers feedback. Thus, further tweaks and iterations to the product made it more user-friendly,” he adds.

In his march towards commercialization his vest, Stanfield realized the complexities of his end-product would require design assistance from multiple, cross-over supplier fields. From an overview, the ARAIG vest is assembled with an exoskeleton, stims sensors, transmitter, software (developer and end-user), as well as a battery pack. Before final assembly, the build of materials (BOM) included such diverse component requirements as plastics, printed circuit boards (pcb), wire harnesses & connectors, software, firmware, fabrics & foam, battery, and a liquid spray. 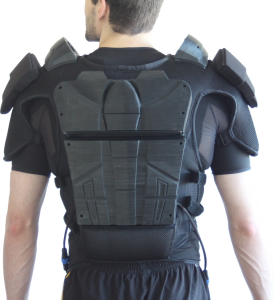 Once Stanfield had commenced with the component sourcing process – he was immediately immersed in a networking culture within the electronics supply chain ecosystem in Canada. This exchange of ideas is what led to someone suggesting IFTech go to China to look at CEMs and see what they could do for him.

“After 10-days in China, we spoke with experts who seemed to know what they were doing. “We had to find legal counsel to help us protect our IP, but we had to be very careful with what words were used in the contract,” he says.

Ultimately, none of the Chinese-based CEMs could deliver on all of the overly complex elements of the ARAIG design. His understanding and expectations, after all the legal wrangling, was that IFTech was ready to commence with manufacturing. However, it did not come to fruition, as the China-based CEM was not able to make the things they said they were capable of.

“It was a weird thing, because once the contract was signed we felt good about punching out some end-product and everything would be great. But, the next stages kind of stalled – and did not move in the direction we had hoped or were led to believe,” Stanfield explains. “I think they thought they could handle it (diverse complexities), which was not the case here.”

“Now that I have been through this process and had to chance to speak with other Canadian-based designers doing business in China, I have learned that this problem is often consistent,” he adds. “Many CEMs in China will say ‘yes’ to all of your design requests, without looking into the realities of actually being able to pull it off,” Stanfield says. 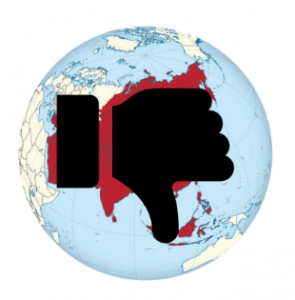 “If you really have to go to China to do business with CEMs there, you really do need someone on your side that can manage the oversight of the job done – to ensure the job is done exactly to the specs you’ve requested,” Stanfield stressed. “You also need someone on your side that understands the culture and process of how it works. If you don’t have someone who knows that ‘space’ it’s extremely dangerous. We’ve seen several companies go over there and spend hundreds of thousands – even millions of dollars – only to be very disappointed. Often you have no proper repercussions to handle the fallout.”

Stanfield says other obstacles to consider when doing business in China includes added travel costs and time loss – when jockeying back and forth between Asia – “babysitting the project”.

“Overall, it was an expensive process and we learned a lot from that. Despite the tens of thousands of dollars it cost us to abort the Asian experience and return to Canadian soil with our designs intact. It didn’t destroy the company, the brand or the product –  as we went about things in the safest way,” says Stanfield, emphasizing the importance of having a termination clause in your contract with CEMs abroad.

Stanfield stressed the legal process at home is much better – especially at protecting intellectual property (IP). He says complexities of translating a contractual agreement between languages can leave a lot of gray areas in terms of interpretation.

“Once you’ve lost your IP, it could essentially destroy all of your efforts,” he says.

If you are determined to go into China, Stanfield stressed the importance of reaching out to the Canadian Trade Commissioner Service (TCS), which provides such free services as evaluate market potential, find qualified contacts, prepare your product or service for world markets and help resolve problems.

Upon returning safely to Canadian soil with their IP intact, Stanfield says they tapped into the local distribution channels to re-ignite the networking process. Again, due to the complexities behind the ARAIG design, not just any CEM could handle all the elements required.

“The really cool thing when dealing with CEMs in Canada is that they will tell you straight-up if they cannot handle the complete job. In China, none of them would say ‘no’, – yet, the opposite was true here at home,” Stanfield says. 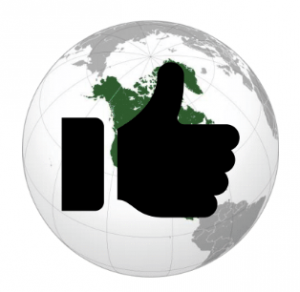 When determining which CEM players to move forward with, Stanfield had a number of factors to sonsider.

“We developed a level of trust based on their actions, seeing their actual facility, showcasing their capabilities,” he says.

Stanfield was impressed in the CEM’s presentation, which included personal demonstration of all the steps they possessed to verify and validate that the product quality was maintained.

“I was immediately made aware of what services they do or don’t have. They delivered a really good understanding of their company – which includes their workspace, what they can do, and their capabilities and really good transparency of what I am getting in to.”

“For us, it was important that the CEM’s comprehended the required steps we needed to take together in order to achieve our end result. Given the nature of our design, it is imperative everyone understands the steps need to achieve, while also being aware of the steps that are to take place next,” says Stanfield.

“The structure in Canada is so much better, cleaner. The transparency of CEM processes are so much clearer about how things are proceeding. I’m sure there is the expert quality and expertise in China to do a good job, but if you don’t end up with that – it can be a very, very risky place to do business,” he adds.

Asked to issue some advice to fellow Canadian start-up OEMs and designers sourcing a CEM, Stanfield urged the need to begin networking within the ecosystem. The message seems to be clear: Work the network – attend tech meet ups, go to trade shows, conferences and talk with your peers about what works for them. It just might work for you as well.