The rise of brushless motors

March 9, 2021  By Toshiba America Electronic Components, Inc.
Brought to you by

As the name implies, Brushless motors do not have brushes to conduct current from the stator to the rotor of the motor as in the case with the DC motor.  In fact, the permanent magnets in the brushless stator induces currents into the rotor due through the magnetic Hall Effect and thus creating torque as the rotor is pushed and pulled by the magnetic fields and induced currents. 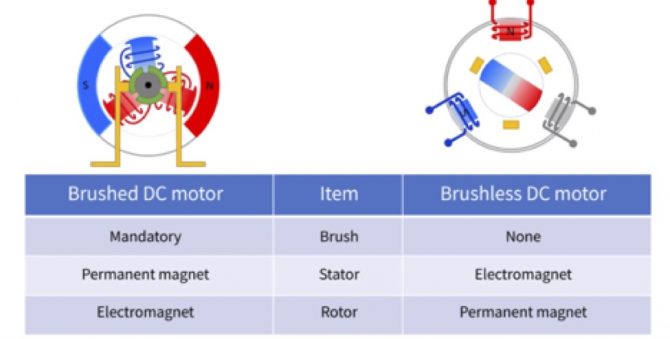 Figure 1 – Comparison between Brushed and Brushless motors along with a comparison of basic motor elements for each type of motor.

Due to the lack of these brushes, brushless motors have many advantages over brushed motors. As there are no brushes contacting the rotor, brushless motors tend to be almost noiseless in operation. In fact, extra power to overcome these frictional forces is not needed while the mean time before failure (MTBF) is much higher on Brushless motors over that of conventional bushed motor.    Furthermore, as anyone who has run toys with brushed motors in the dark, hypnotic visible sparks emanating from the brushes can be seen.  On the other hand, operating a brushed motor in a volatile gas environment is inherently dangerous. For this reason alone, industrial applications for the brushless motor has picked up.

There are some disadvantages of brushless motors, such as costs and requiring the use of an electronic driver, but these are being addressed by Toshiba’s line of Motor Control Drivers (MCDs). In fact, Toshiba’s MCDs are able to provide an added layer of control while reducing overall system costs and enhancing performance.

Within brushless motors category, there are actually several subtypes of applications. For applications requiring to know the position and speed of a rotor, Hall sensors are mounted on the stator. Typically, up to three Hall sensor signals can be fed back to the MCD to help determine the position and speed of the motor. Adding sensors and its associated wiring for this feedback circuit can add costs and complications to the system, but would be necessary for the precise position and speed control of the motor. In cases where precise control is not needed, but reducing costs are paramount, motor control solutions to satisfy these requirements can be found as well. 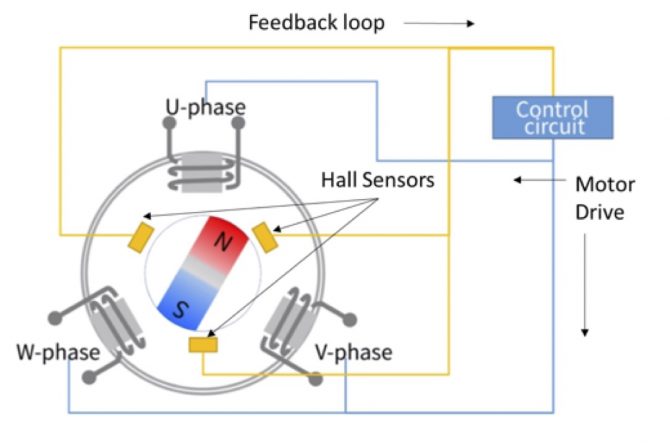 One of the latest sensored brushless motor control devices to operate with precise control is Toshiba’s TC78B042FTG.    TC78B042FTG features not only the ability to use feedback signals from the Hall sensors, but it also employs Lead Angle Control technology (Also known as Toshiba InPAC) to obtain optimal efficiencies over a wide range of rotational speeds. Lead angle control technology is able to adjust the phase difference between the voltage and current that is caused by the inherent impedance of the brushless motor.

Toshiba’s InPAC system dedicated hardware compares the current phase in the rotor to the voltage phase feedback from the Hall sensors and calculates the difference which is then used by the motor current control driver in order to adjust this phase relationship dynamically. This reduces motor impedance lag and provides the maximum power output that can be achieved with the brushless motor. 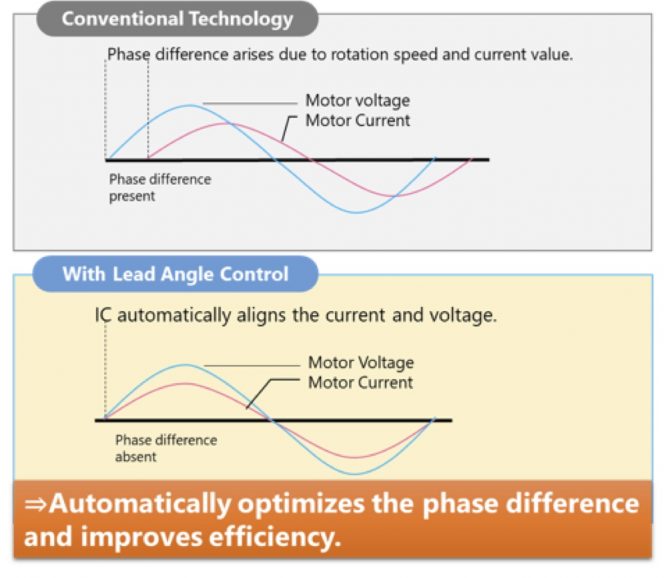 Figure 3 – Illustration of the phase difference between motor voltage and motor current that can occur and how Toshiba’s lead angle control automatically aligns the phases.

Without the dedicated Lead Angle Control feature, a brushless MCD could follow the same procedure with an external microprocessor to determine current drive needed to overcome the motor lag. However, this would complicate the system with additional programming code while not achieving the maximum efficiency that can be found with using dedicated InPAC circuitry as on the TC78B042FTG.

On the other side of the spectrum, there are systems where minimizing costs are a higher priority over maximizing motor performance. A brushless motor controller that helps with overall system costs can be found with Toshiba’s TC78B009FTG. This MCD is able to control a brushless motor without any Hall Sensor feedback while maintaining speed through a closed loop speed control system and even be able run the entire motor control system without an external microprocessor. 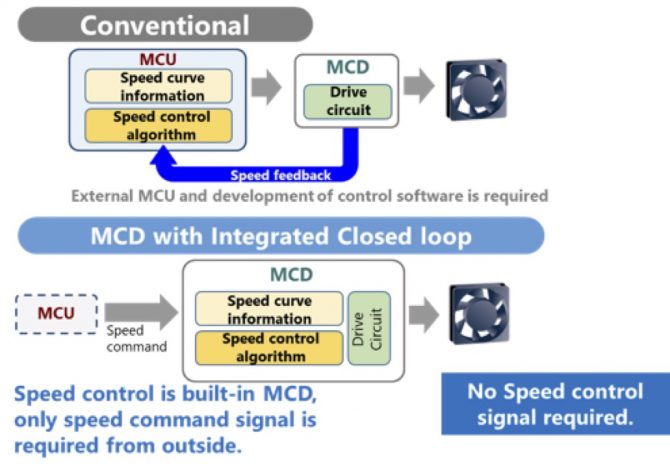 In order to maintain the speed of the motor in a closed loop system without the use of external Hall sensors, motor parameters can be preprogrammed and stored on the on-chip Non-volatile memory of TC78B009FTG. Parameters for start duty, stop duty, max duty, rotation count and speed slope can be determined for a particular motor and then be stored on the memory for system use. Once the system is started, these pre-programmed steps can be invoked to run the TC78B009FTG as efficiently as a fully featured brushless motor control system with Hall sensor feedback. The key in making this system work would be isolate and program all of the necessary parameters that adequately describes the desired and intended motor performance.

In some applications an even more precise control has been shown to be required for advanced fields such as in the robotics motion space. For these applications, Toshiba has microcontrollers with ‘Vector Engine’ technologies that are adept with field oriented control of brushless motors. However, this is a topic for another time.

This article has highlighted only a few of the many MCD examples from Toshiba.  Toshiba has been in the motor control space since the late 1800s and has been expanding this product line based on new technology offerings. Toshiba continually strives to provide a wide range of motor control for brushless motors and motors in general. Additional information can be found from Toshiba’s website.