More than 50 years ago, Intel co-founder Gordon Moore predicted that the overall processing power of computers would double every two years into the foreseeable future. Moore’s Law, as it was aptly coined, denoted that the number of transistors per square inch on integrated circuits would also double every year since their invention. Based on that hypothesis, the wearable devices that we are so attached to – literally and figuratively – may have been inevitable. 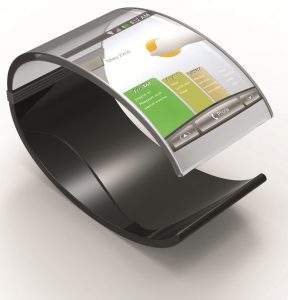 However, the foresight that Moore demonstrated could not have predicted how this technology would end up constructing and defining markets so many decades later. Even 10 years ago, fitness trackers were still in their infancy and represented just a glimpse of things to come. Now many analysts and stakeholders agree – the market has moved from its innovation to adoption stage. That, of course, brings new opportunities and challenges.

Miniaturization has always been a constant factor

With wearable devices, miniaturization has always been a constant factor, but now lower power consumption is also a leading driver. With lower consumption comes a huge demand for greater battery life. Given that, electronics manufacturers are developing sensors that simultaneously allow a decreased footprint and extended battery life.
A critical focus area is on medical applications. With an aging population, many companies are looking towards sensor technology to measure the wellness of elderly care patients – especially remote monitoring functions. Someone’s vital signs, exercise habits, sleep patterns, etc. can be shared with doctors and family members throughout their daily lives at home, and not just from a hospital. From the old to the young, the applications are virtually endless. Consider this: parents can now buy baby socks that monitor an infant’s heart and oxygen rates just as easily as they can a car seat or box of diapers.

As more wearable electronics hit the market every day, manufacturers are actively using science and technology expertise and focused R&D efforts to anticipate and meet ever-evolving industry demands. Not only do developers require miniaturized, low-power consuming, highly-reliable building blocks, these solutions also have to deliver advanced connectivity. Enter wireless communications products, design challenges and all.
On the connectivity front, Bluetooth Smart 4.0/4.1 technology communicates readily with consumer devices such as cell phones, tablets, laptops or the many other Bluetooth Smart Enabled applications, allowing greater wireless connections to sensors and other devices. Moreover, the rollout of Bluetooth Smart 4.2 increased the need for streamlined functionality and connectivity. Security support is also becoming key due to HIPPA regulations. Further, the Bluetooth Special Interest Group (SIG) in June announced that its next release, Bluetooth 5, will launch later this year or early next. The technology promises significantly increased range, speed, and broadcast messaging capacity to truly enable the future wearable market.

Over the next several years, the wearable market will be driven by smart wearables such as activity trackers, smartwatches, and smart clothing in applications ranging from industrial, and tourism to, of course, healthcare. Those manufactures that are continually pushing the envelope and actively at the forefront of realizing this connected world, will be poised to carve out a stake in the challenging, dynamic, and fascinating wearables market.