Coquitlam – B.C.’s third largest school district with around 32,000 students – brought programmable micro-computers into the curriculum to help students learn coding, explore engineering, and build fun and interesting applications. From elementary school through middle school (11 – 13 years) to secondary school (14 – 18 years), all pupils are given the opportunity to develop these skills, which they can apply in their later years in sciences and other areas of the curriculum. Whatever specialist courses they take at senior level, the programme arms them with the competency of being able to solve real-world problems through technology. 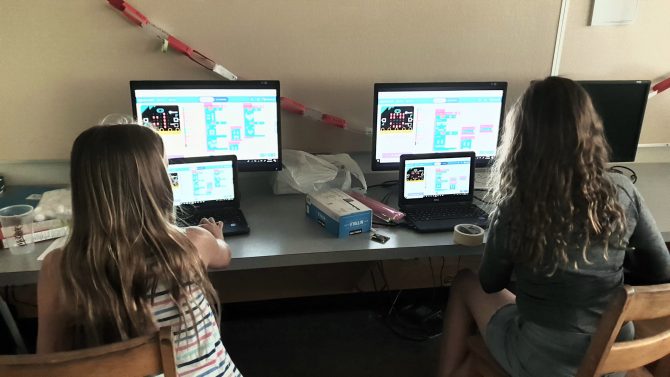 “The Coquitlam School District is committed to ensuring success for the class of 2030 and beyond,” said Patricia Gartland, School District Superintendent. “This dictates that students are actively engaged with technology to innovate and solve problems. Coding and STEM activities are a critical component of ensuring students are prepared for the exciting opportunities the future holds.”

Coquitlam selected a popular open source micro-computer called the BBC micro:bit  which has been widely adopted by educational organisations. The technology was created by the BBC along with a group of technology partners to assist the teaching of computer science to kids. The Micro:bit Educational Foundation, which was set up in [date] to further the mission, seeks to enable and inspire all children to participate in the digital world, including a focus on girls and those from disadvantaged groups. Today, there are more than five million micro:bits used in classrooms around the world.

The micro:bit is a programmable micro-computer that can fit in the palm of a person’s hand. It can be used to create a variety of innovative solutions, from robots to games to musical instruments. The device includes an ARM Cortex-M0 processor, accelerometer and magnetometer sensors, Bluetooth and USB connectivity, a display consisting of 25 LEDs, two programmable buttons, and can be powered by either USB or an external battery pack.

Newark has supplied the school district with 2,000 micro:bits to date. A key factor in the School District’s selection was that, while the micro:bit facilitates practical coding experiences using Microsoft MakeCode, its process-control nature also makes it possible to merge digital and physical aspects in a way that helps students make sense of the world around them through computational thinking. 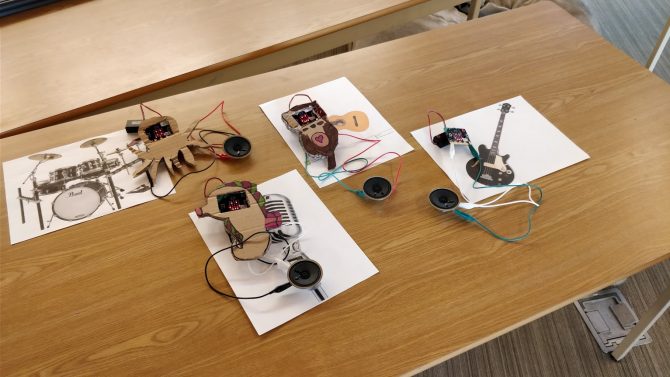 “The micro:bit coding device, supplied by Newark, was chosen as the enabling tool to achieve design thinking goals in schools,” said Stephen Whiffin, Director of Instruction and CIO at Coquitlam. “The micro:bit was the only product of its kind that combined a ‘low floor’, easy-to-use entry point for students with a ‘high ceiling’, where the only limitations would be the pupils’ imaginations and the accessories they use.”

Within just a few minutes of using a micro:bit, students are able to make connections between its functionality and an increasingly automated environment, whether it be technology for smart homes, heat sensors, automatic doors or something else. The micro:bit gives students the ability to imitate those levels of functionality in the classroom and replicate the way technology works in their physical world. The School District’s design thinking approach also ensures that students are given the tools to improve the functionality or adapt it for use in other applications.

No matter what the subject area, teachers in the Coquitlam School District must demonstrate that students are capable of critical thinking. According to James Gill, one of the District’s Elementary Teachers, rather than simply having the knowledge in a stand-alone subject, students must be able to apply problem-solving strategies in a whole range of different domains.

“One of the things my students enjoyed about micro:bit was that it wasn’t just another way to teach coding. It presented the opportunity to make something they would use in the real world,” he said.

The School District encourages teachers across the board, such as those teaching grade nine science, to design experiments for the classroom that are dependent on process-control systems – in the full knowledge that pupils will already have the skills to carry out the task. This was simply not possible before the micro:bit.

For some teachers, building the concepts of coding and computational thinking into the curriculum was daunting and only early adopters responded to the availability of the technology. But the micro:bit’s ease of use made it possible for them to overcome their initial doubts. Teachers came to understand that, while some learning tools might have a novelty element to them that will interest pupils in the short-term, they are usually built around pre-determined functions which cannot be altered. By contrast, the micro:bit offers flexibility and enables children to engage and integrate creativity with logic, using their imagination to create their own unique solutions. 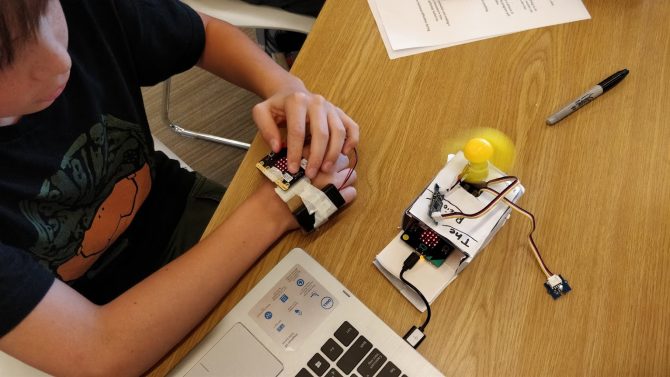 While younger students tend to appreciate the low-floor element of the device, older students tend to use it to design complex environments such as smart cities or build robots that the micro:bit can control. All students are able to engage in the design process in a natural and legitimate way. Now, there is an obvious pathway to full-scale design thinking – while they can do simple tasks in grade five, they can construct complex science experiments when they reach grade 11.

“The authentic skillsets that students are developing using the micro:bit are unlike anything we’ve seen from any of the other products that we’ve encountered,” added Gill. “Where else can you use the same device to monitor traffic light sensors and build smart cities? The pedagogical outcomes with other tools are extremely limited.”

The Coquitlam School District has also supplied all grade nine science classes with 3D printers so that students can build components for the micro:bit to control in science experiments. This represents a major step forward because it enables students to pull together a range of design skills they’ve learnt across many subjects, including STEM. Now they will be able to learn science in a far more effective way because the experiments they do with the micro:bit represent genuine real-world problems, which can be solved by applying the principles of science and mathematics.

As CIO Whiffin concluded, “We are now focusing on the higher-grade levels while leveraging the capacity we’ve been building at the younger levels. Pupils are now able to achieve really amazing goals that are transformative, not in terms of coding but in terms of changing the way that science is taught in our schools.”

The Micro:bit Educational Foundation has recently announced the launch of an updated micro:bit, which offers greater memory capacity, a faster processor and, for the first time, “out of the box” sound and touch functionality.

Farnell has worked with multiple educational organizations and governments to support strategic rollouts of STEM learning solutions into the classroom, and stocks a broad range of education devices that can be supplied in class, school and multiple-school quantities. Farnell can also offer support with provision and bundling of equipment for bespoke large-scale programmes similar to the Super:bit programme in Norway.  The micro:bit and a range of accessories is available to buy at www.Newark.com/microbit.