Preparing for the surgical robot boom

Growth of the robot market and will improve the precision and effectiveness of complex, minimally-invasive surgeries

With greater investment from healthcare organizations and surgical robot technology about to become generic, the conditions are perfect for a boom in the surgical robotics market. But, how can design engineers and technical medical staff ensure these new systems operate reliably and safely? Michele Windsor, global marketing manager at surgical robot battery manufacturer Accutronics, has a solution. 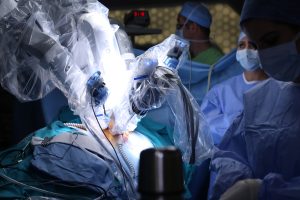 While they may sometimes feel like a new medical technology, surgical robots have actually been around for several decades. The first robot system successfully conducted a neurosurgical biopsy in 1985, while the US Food and Drug Administration (FDA) approved its first surgical robot — the da Vinci surgical system — in 2000.

However, it’s only in the past few years that we’ve seen this technology really take off. In the UK, the number of surgical robots used in prostate cancer centres at National Health Services (NHS) hospitals tripled between 2010 and 2017. The NHS subsequently invited companies to tender for over CND$513M surgical robot contract in January 2018, showing that the number of robot surgeons in the UK will continue to grow in the coming years.

This same growth is happening across the world, and the popularity of the da Vinci system is an effective barometer of the growing popularity. According to Intuitive Surgical, the company behind the system, the da Vinci robot had sold 4,271 units globally as of September 30, 2017. More than 50 per cent of these were installed in the US alone. 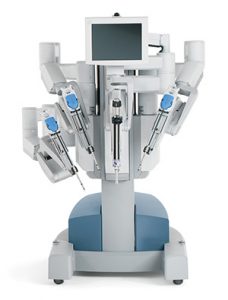 As The Economist reported in 2017, many of Intuitive Surgical’s patents are due to expire soon, which will bring with it greater competition from start-ups and established companies. This is ideal for the prosperity of the robot market and will improve the precision and effectiveness of complex, minimally-invasive surgeries. However, it does bring challenges with it.

If new companies enter the surgical robot market, it is critical that those systems are designed to the same quality and safety standards as those produced by companies with more experience. This means that design engineers working on the project must understand the importance of each component in the system, especially critical back-up power components such as batteries.

Traditionally, robot systems have used sealed lead acid (SLA) batteries as a back-up power source. This is because, in hospital environments with increasingly complex electrical requirements, ac power alone is not always reliable. The critical nature of the application means that even a momentary loss of power can have disastrous, even fatal, consequences.

However, the traditional SLA batteries used in robotic systems have their drawbacks. The batteries are bulky and unwieldy, offer relatively low energy density and require frequent maintenance and servicing every two years. When you consider the associated costs of this, it makes for a relatively high total cost of ownership — which is understandably undesirable for healthcare environments where a strong return on investment is important.

Fortunately, new movers into the surgical robots market have an opportunity to bypass these traditional problems by designing smart SLA replacement batteries into the system.

The role of design engineers in ensuring the safety of the next generation of surgical robots is to consider the proper critical backup power-supply early in the design process. By considering alternatives to traditional SLAs, design engineers can help their projects outperform traditional systems, for longer, while maximizing patient safety.

The surge in the number of medical technology manufacturers active in the surgical robot market in the coming years is sure to drive innovation in this space.

This article is supplied by Accutronics Ltd., a UK supplier, designer and manufacturer of batteries and chargers for high-performance portable and handheld electronic devices.