Plantiga, an AI-powered sensor insole and software platform has garnered $1.2M in funding to accelerate its growth. The firm’s users and clients are impressive. These include most major league sporting leagues in North America, including the NHL, NBA, NFL, MLB and MLS, plus high-end sports medicine clinics, and both the US and Canadian militaries. The company’s sensor insoles and software enables the measurement and analysis of human movement to help athletes become more resilient and perform at their best.

West Coast Report recently had the opportunity to meet with Quin Sandler, CEO, and Bobbi Venier, head of growth, about the impetus for starting Plantiga, why their products are so important to athletes, and what challenges lie ahead for them as they refine their user interface and software. 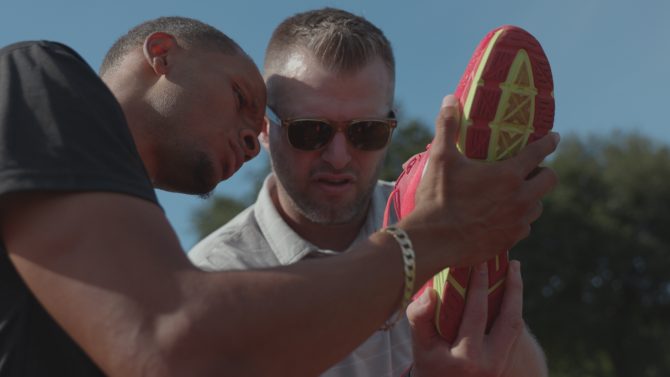 “Our goal is to positively impact millions of people by focusing on optimizing both their movement health and performance,” says Sandler, founder and CEO of Plantiga. “We know very little of how people move, and especially in the real-world, but the way someone moves tells us so much. We can optimize our movement patterns. We can increase mobility, range of motion, speed, and more. We can push the boundaries of what’s currently possible.”

The motivation for starting Plantiga came from Sandler and his father recognizing early on that movements as simple as walking are critical to monitoring the health and wellbeing of humans: “We knew that if there was a way to quantify the different parts of movement, we could keep watch on subtle changes that might help us prevent injury or disease, and certainly on the other side, help improve performance.” 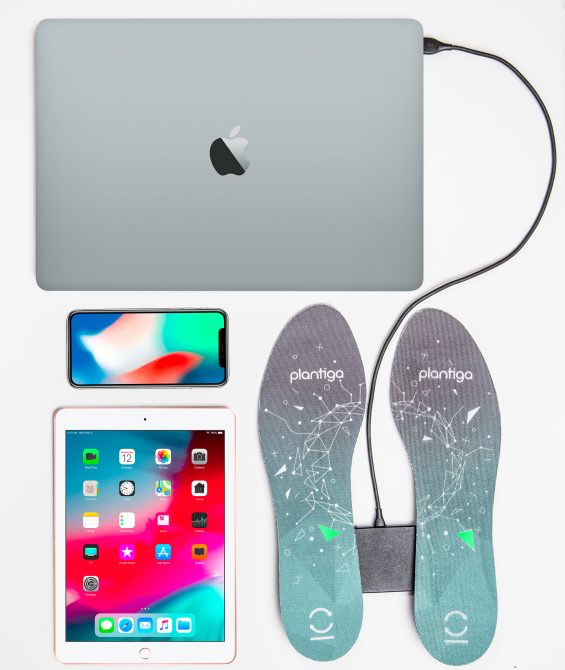 Plantiga CEO Quin Sandler says his electronic shoe insoles can monitor the way someone moves. “It tells us so much. We can optimize our movement patterns. We can increase mobility, range of motion, speed, and more.”

“The touch points for each individual will be very different depending on their personal goals and what their own target activity is,” explains Sandler. “On a high level, our analytics platform and coaching is designed for individuals who are interested in pushing their limits. Metrics for each instance will be different. Walking, running, jumping – we cover it all with high fidelity data that with our coaches, can provide actionable insights for each athlete.”

It is a project that has taken over a decade to get to this stage, and a turning point came when Sandler gave a live demo for the Laker’s Timothy DiFrancesco (head strength coach) and Gary Vitti (head athletic trainer), in 2017.

“They saw the demo, and DiFrancesco liked it. He said, we’ll buy one for the entire team. That’s when I had to explain that the one his athlete was using was my only demo,” explains Sandler. This was the first time that someone else had really understood the benefits of their system. There is no other way for people to generate useful, real-world sensor data on a suite of gait and performance metrics that could drive training and accelerate results for athletes. 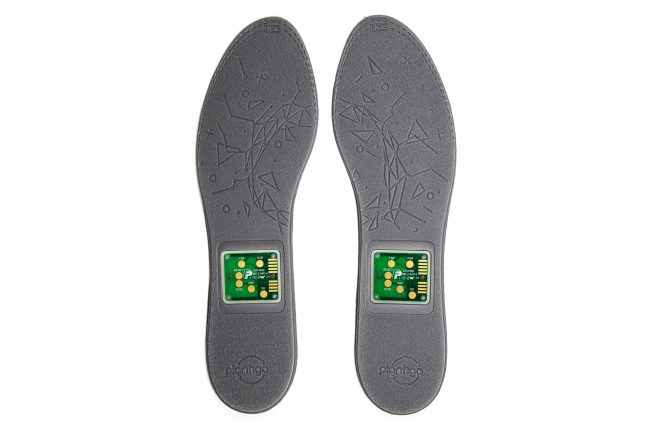 “From our work in pro sports, we understand how hard it is to measure an athlete when they’re competing on the court,” according to Bobbi Venier, head of growth at Plantiga.

“From our work in pro sports, we understand how hard it is to measure an athlete when they’re competing on the court, running on the trail, wherever,” said Bobbi Venier. “That’s where we come in. That’s what we do for teams, and that’s what we want to do for individual athletes. The funding we received will accelerate marketing and sales efforts while supporting the build-out of [our technology’s] self-monitoring capabilities.”

This approach will allow Plantiga to continue to hone its products with professional athletes, while laying the groundwork to expand into the general population.

From just a prototype in 2017 to earning ‘seven-digits’ in funding and growing from its current staff of 15 to 20 in the fall, Plantiga is taking steps to accelerate their success. The firm is currently manufacturing all its products locally, while foreseeing more support will be required in reducing friction in their hardware setup and improving their software’s user interface.

To learn more, go to www.plantiga.com.