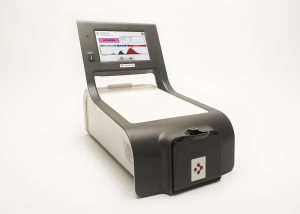 Understanding how painful failed transfusions are for physicians, the blood bank – and most importantly, the patients, Vancouver-based LightIntegra Technology Inc. has infused medical circles with a life-saving solution. A medical device called ThromboLUX, represents the first analyzer to provide a routine test for platelet activation status. Since its inception more than 10-years ago, Lightintegra has strived to provide patients with the best possible chance for platelet transfusion success by ensuring all hematology-oncolgy patients receive non-activated platelets.

The premise of the ThromboLUX technology is that activated platelets are optimal for clotting and are therefore most effective for trauma or surgery patients and non-activated platelets are optimal for cancer patients. The current standard of care assumes all platelet bags are the same; however, up to 50% of a platelet bag inventory may be activated. When activated platelets are given to immune-compromised patients, such as cancer patients, it potentially leads to failed transfusions with multiple failed transfusions leading to platelet refractoriness, which can ultimately result in death. With 32% of platelet transfusions failing, finding a solution to determine activation status becomes imperative, according to Dr. Elisabeth Maurer, founder and CTO of LightIntegra, which recently received significant funding from Genome BC and support from Canadian Blood Services (CBS).

“The ThromboLUX analyzer delivers a five-minute test that can be used to definitively characterize each platelet bag as activated or non-activated, and it could save lives,” says Maurer, Ph.D. 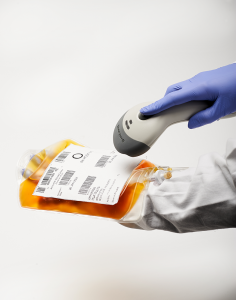 Shaken by the patient’s death

After studying platelets during her doctoral research, Maurer began the journey with LightIntegra when she accepted a position as a research scientist with CBS in their research facilities at the University of British Columbia (UBC). Her research team conducted an observational pilot study at Vancouver General Hospital (VGH) in 2007 using the first ThromboLUX prototype. During the study, patient number 12 died, and Dr. Maurer noticed that the final three transfusions the patient received all had a similar characteristic, as measured by ThromboLUX. All three transfusions contained activated platelets.

Shaken by this patient’s death, Dr. Maurer asked the question: “If the platelet bags had been tested beforehand and these particular platelets had not been transfused, would patient 12 still be alive?” This question continues to drive her, and LightIntegra, today. CBS supplies all blood products to Canadian patients outside Quebec, including platelets. However, not much was known about the characteristics of platelets in platelet products that were supplied. Dr. Maurer researched ways to quickly characterize the platelets inside a platelet bag and determine if the platelets were functional.

“Platelets dramatically change their shape when exposed to room temperature, which prompted the question of its biological purpose,” Maurer explains. “Platelets are the primary carriers of serotonin in the blood, and since one of the parameters that is controlled by serotonin is body temperature I thought that this might provide the link.”

“We don’t view ourselves as selling a medical device to hospitals and blood banks.

Maurer found that activated platelets are more sensitive to cooling, and incorporated this temperature sensitivity to test platelet activation status with ThromboLUX, a machine that measures dynamic light scattering. Another hurdle for LightIntegra was finding a way to shift the team from a research team to a privately-funded corporation. 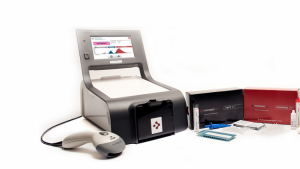 “CBS grant funding supported the early discovery research that the CBS research team and I conducted under the mentorship of Dr. Dana Devine,” explains Maurer. “Dr. Mark Scott joined CBS and became the associate director for intellectual property and business development in 2006. Dr. Scott recognized the intellectual property potential of the work and supported the filing of the first six patents.” After the successful observational pilot study at VGH that propelled the ThromboLUX project beyond basic research and development, a license agreement was reached between CBS and LightIntegra – which was then officially a CBS spin-off company. In November 2008, Maurer founded LightIntegra.

“By July 2009, we moved into our first office, hired a CEO, hired an engineer, won first place in the New Ventures competition and closed a round of financing. With a management team, $1 million dollars in the bank, a ThromboLUX prototype and some preliminary data, we were set on our path,” says Maurer.

It appears that many organizations and researchers beyond Maurer had a hand in helping LightIntegra’s early success. Maurer notes that programs like BC Excels and New Ventures BC were instrumental in getting LightIntegra started and funding through The National Research Council of Canada Industrial Research Assistance Program (NRC IRAP) and Genome BC, as well as Scientific Research and Experimental Development (SR&ED) tax credits, also served as great incentives to grow a business in Vancouver. LightIntegra has also been fortunate to be supported by a group of local angel investors. In April of this year, Genome BC, who leads genomics innovation on Canada’s West Coast and facilitates the integration of genomics into society, announced a $1-Million investment in LightIntegra.

“Various members of our board had interacted with GenomeBC previously and brought this opportunity to their attention,” says Maurer. 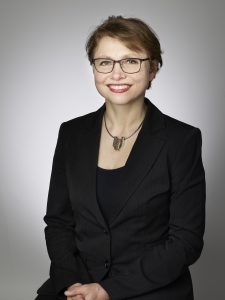 Innovation in health care can be a challenge, and like all technologies, have to overcome proof of concept and proof of value. After this, health care providers need to adopt the new technology, which Maurer explains can be a major hurdle: “The number and type of objections why hospital blood banks or platelet transfusion providers cannot adopt ThromboLUX have been astounding. Changing health care is hard but LightIntegra is determined to improve the use of this precious resource, platelets, worldwide.”

Maurer offers a bit of advice to future entrepreneurs who aim to garner similar success that LightIntegra has earned.

“Don’t be a salesman, be an expert. We don’t view ourselves as selling a medical device to hospitals and blood banks. Our mission is to make the most of a precious commodity by allocating the right platelets to the right patient right now,” she says.

Maurer also spoke highly of her team, and how the people around her have been a big part of the success:

“Surround yourself with smart people – from the initial idea to the people who have helped ensure the financing, the production, the clinical testing, the marketing, even the hiring of those people, we’ve been committed to bringing on the best and the brightest to support our mission.”