The Internet of things (IoT) is all about connected devices, and these devices can exist in many different settings – industrial, medical, consumer/home, transportation and more. The number of potential IoT devices is enormous as IoT becomes more popular and widely adopted over time. According to Statista, there are approximately 21.5-billion interconnected devices in the world.

However, IoT devices are often known for having simple, single-use functions. For example, a sensor on a machine on a factory floor that captures data from the machine and transmits it to a remote location for processing. While effective, it does a simple task and nothing more – there is no additional intelligence added. 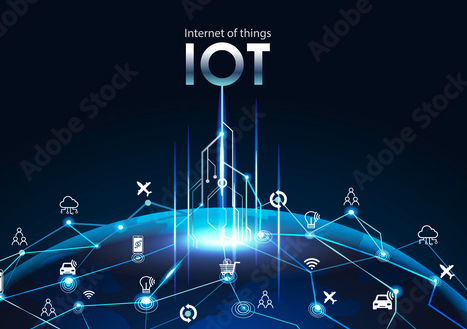 The challenge, however, is that AI needs a great deal of computing power, memory and energy to do its complex analysis to make these decisions. While this is fine in a data center with a lot of computer power, this comes with its own limitations. If the AI is in a data center, the cloud and the solution must have connectivity to the internet, so there could be delay in the decision process as data moves back and forth from the device to the cloud and back. Also, if the data is sensitive, there could be privacy-related issues. Therefore, to truly unlock the next frontier of IoT we need to move the AI decision making process from the data center to the device itself, so decisions can be made instantly where the action happens – what we call the “edge.” So, how do we get AI out to the edge, where it can drive more IoT applications? 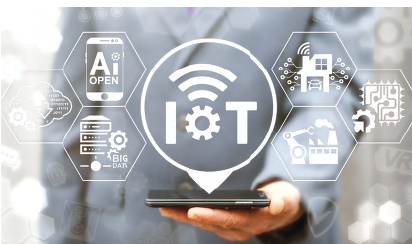 Today, there are new platforms that can transform AI, specifically deep neural networks (DNNs) to make it smaller, faster and less power consumptive than its original form. By using such platforms, AI teams can focus on training their models for accuracy, in other words better decision making, and then optimize the AI model so it can be deployed into constrained hardware at the edge – all without compromising the original accuracy. In essence, we need to fit the AI into the real world, not the other way around.

Transport industry moving toward greater use of smart technology

Computer vision, meaning using cameras to capture image information, is a great example of how you can use AI at the IoT edge. Mini cameras can be placed in a number of different applications and scenarios. For example, a dashboard camera is now being used by trucking companies to improve speed control and safety. The camera reads the speed limit on road signs, notifies the driver and triggers a breaking mechanism in the truck if it is exceeding the posted speed limit.

However, to make this system a reality, the challenge was transforming an AI model that was first too large and unable to run on the CPUs already deployed in (customers’) trucks. Once the AI was transformed into a smaller, lighter and less power consumptive form factor, it opened the door to using it on the speed control system and allowing trucking fleets to utilize it on a widespread basis. As the transportation industry moves toward greater use of smart, technology-assisted and even autonomous vehicles, this type of AI-driven smart camera technology could play a critical role in the future of transportation.

Another great example is in smart manufacturing, which is utilizing IoT to enable automated factories with less reliance on inspections by humans. Deep learning AI models can be used for various classification, detection and segmentation-based applications such as automated optical inspection, defect detection and more. This can help a manufacturing company scan product samples for defects, using AI-driven smart cameras that have been trained to identify both good and bad product samples and flag them immediately. This type of AI system can work on a 24 x 7 basis without being prone to fatigue or human error, and can prevent defective products from ever leaving the plant.

In all, to make AI on the edge a reality for connected devices in IoT, (AI) optimization is the key. New advancements in AI-driven optimization are making Deep Neural Networks faster, smaller and more energy efficient – and helping move AI from the cloud and data centers to the edge. This can open up significant opportunities for IoT systems, making connected devices smarter and more effective in a number of different areas that can ultimately make our everyday lives better.

Nick Romano is CEO of Deeplite, a startup company whose mission is to enable AI for everyday life. Deeplite is headquartered in Montreal and has an office in Toronto. https://www.deeplite.ai