Interest in tech started at early age for this engineer

Exploring diversity through women in the Canadian electronics and industry profession Throughout 2020 EP&T explores the topic of diversity in the industry through a series of articles called Viewpoint; stories designed to get readers thinking about gender equity in the engineering profession, allowing others to maybe see their surroundings through a new lens.

Fiona Leong is lead, procurement engineering with Clear Blue Technologies in Toronto. The firm provides smart off-grid power technology and energy-as-a-service for cost-efficient power that can be installed anywhere, managed over the Internet, and deliver unmatched reliability and performance for use in telecom, industrial controls, street lights, security systems, emergency power and internet of things (IoT) devices. 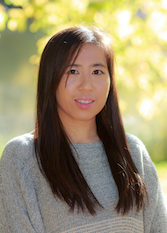 How did you first become interested and involved in engineering?

I come from an extended family of mostly banking professionals, but I knew that I had no interest in that area from a very early age. Instead, ever since I was a young child, I have always liked math and wondered how things worked. My childhood was the start of the PC era and dial-up internet; there was this family friend that studied computer programming and he got my family our first PC. Whenever there were problems with it, he would come over and fix it, install new programs or hardware – and I would be very fascinated. When I got to high-school, I knew I wanted to study engineering and I started taking all the computer, technical shop, math and science classes, all of which I thoroughly enjoyed!

What is your message to female engineers seeking to take on leadership roles?

This one is a simple one. Don’t be afraid to ask for an opportunity and make your career goals known. Asking doesn’t guarantee that you will get it, but if you don’t ask and don’t speak up for your own best interest, then people may never know and never consider it. Also, when you’ve been told “no”, don’t interpret it as meaning “you can’t” but instead, interpret it as being given more time to become an even better leader. Like the old saying goes – ‘If at first you don’t succeed, try, try and try again.’

Can gender imbalance in the engineering industry be solved?

If I was asked this question in my teenage years, my answer would probably have been “depends on whether or not females are going to be interested in engineering.” This is because back then, engineering wasn’t a common field for women and many didn’t consider it, and so there wasn’t enough females to create a balance even if we tried. To put things in perspective, I remember attending an Ontario-wide robotics competition at the University of Guelph (which is now called the Roboticon Competition) during my Junior year in high school when I had a lady come up to me and ask me “Did you know that you’re the only girl in this competition?”. Fast forward to today, I’ve seen so many more young women take on STEM programs, and engineering graduates have more and more women, my answer is, definitely, it’s just a matter of time.

What key words of advice do you have for employers seeking to create a supportive environment for women?

Women work hard in their studies and take pride in their career achievements just like men, if not more. I believe women want to be recognized for their skills and abilities, so it is imperative that we be evaluated and considered for opportunities based on those attributes as equivalent candidates to our male counterparts. As hard as it may be to do, employers should aim to not consider whether female employees will be able to commit to the to the job and its responsibilities because of their family responsibilities. After all, the same worries do not typically arise when men are being considered for opportunities, so why should that be the case for women? If you are ever in doubt, be frank and have an open conversation to address any concerns. This will show female employees that the workplace does care, and it is proactively trying to support our career growth.

Industry employers and associations have set some goals to achieve when it comes to equalization of genders within engineering circles. How do you think imposed gender initiatives will help women in their field?

I believe that the imposed gender initiatives help women by having the workplace and management mindfully address unconscious biases in roles, which may traditionally be reserved for men. For example, roles that may require certain physical strength or may be in harsh work environments may seem more suited for males even if there are female candidates with the same credentials. However, if the workplace has set a goal to have at least 30% female representation in each function, female candidates will now be less likely to be overlooked for the role.

Q. Women who graduate from engineering programs don’t seem to stay in the industry, why do you think that happens?

I think that the reason here is two-fold. First of all, there is still the situation of more men being hired into t