IoT networks that utilize low-power Bluetooth Low Energy (aka BLE and previously marketed as Bluetooth Smart) can be deployed in nearly any physical space, given its small footprint and energy-miser architecture—which enable small wireless sensors and controls to operate on a battery charge for years. 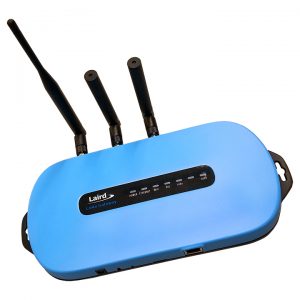 Those benefits of BLE allow these small devices to be placed into the nooks and crannies that were unfeasible with prior generations of wired and wireless devices. But until now, in order to get the data transmitted via BLE out to a cloud server, all those nooks and crannies needed to be in very specific geographic locations where traditional telecom infrastructure was available in the form of Wi-Fi connectivity or cell coverage.
In 2017, you would think that telecom infrastructure is ubiquitous, but the reality is that there are huge swaths of the map where telecom connectivity is minimal or nonexistent. Readers of EP&T can see that firsthand if they venture outside the metro areas of major cities like Toronto and Vancouver. It doesn’t take long for the bars on your phone to start shrinking and other connectivity to disappear as well.

IoT has depended on fiber and cell infrastructure as the conduit for data that is sent to and from wireless sensor networks, which has limited the geographic reach of IoT as a result. But there is a great big world out there where IoT networks could be used for things like equipment monitoring, environmental monitoring, scientific measurement, industrial controls and much more—if only there were a way to send and receive data in the absence of traditional telecom infrastructure (or as an alternative to expensive cell charges in remote areas.

The solution to this geographic conundrum involves marrying BLE short-range technology with a new long-range, ultra-low power technology that provides the data relay over very long distances. LoRa, often referred to as a LPWAN (Low-Power Wide Area Network), provides secure, bi-directional data transfer and communications with IoT networks over long distances for years without a battery change. It can send and receive signals up to 15km, and that distance can extend to hundreds of kilometers with additional gateways if needed. By combining BLE with the ultra-long range and low-energy capabilities of LoRa, companies no longer have to limit their enterprise IoT (EIoT) deployments to a specific geographic location, regardless of whether there are cell towers, utility poles or underground fiber anywhere on the horizon.

LoRa is highly-scalable and interoperable

LoRa technology is ideal for battery-powered networks of IoT devices because, like BLE, it is also an ultra-low-power technology that can operate for an extended time on a battery and requires very infrequent maintenance. The inexpensive nodes allow companies to bypass the high cost of cellular data fees or fiber/copper installation to create the long-distance data backhaul for remote installations. Just as important is LoRa’s ability to perform in harsh environments, including industrial settings where temperature, vibration and interference are common. LoRa is also highly-scalable and highly-interoperable, supporting many thousands of nodes and compatible with both public and private networks for the data backhaul and bi-directional communications. 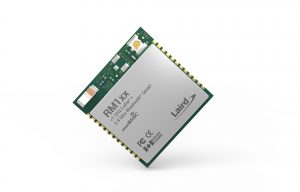 The primary limitation that LoRa has involves data throughput, which makes it a poor fit for high-data applications that involve constant streaming of information. But luckily, the vast majority of EIoT sensor implementations simply involve event data that are sent by the networks back to a central location and/or small-packet instructions sent by managers to the networks in the field. Those are small batches of data rather than live streaming, making LoRa an ideal technology to provide the bi-directional communications.

LoRa+BLE complement one another perfectly

For a deeper dive into the benefits and technical capabilities of LoRa, visit the LoRa Alliance site (https://www.lora-alliance.org), but the key takeaway is that LoRa+BLE complement one another perfectly for this type of EIoT deployment:

* BLE connects small wireless devices in any physical location they are needed, creating an integrated, short-range network that can operate for a very long time without battery changes and be controlled from anywhere via a smartphone or tablet. BLE also can enable a wireless interface to the sensor using the phone/tablet screen in place of buttons and switches, reducing the overall cost / size of the sensors.
* And LoRa allows those BLE-powered networks of devices to go anywhere geographically by providing an ultra-low power means of communicating to those IoT networks over a longer distance.

Together, BLE and LoRa allow IoT to go anywhere on the globe, making them a critical technology pairing for driving a new wave of IoT deployments that don’t have geography as a limitation. So what does an integration of LoRa and BLE look like in action?

Most readers of EP&T Magazine have likely done IoT implementations involving temperature, light, or proximity sensors that are connected with BLE wireless technology. Those types of sensor deployments are very common in industrial settings and for environmental monitoring, so it is an example that should feel very familiar to most readers. In this application note, Laird engineers give a detailed outline of how BLE and LoRa collaborate in a typical temp sensor project to enable these deployments to go in dramatically different geographies than previously possible.
The specs of the project will look very familiar to most readers: a typical board for the sensor, a temp sensor that most readers have likely worked with a dozen times before, etc. But by using a LoRa+BLE module as the heart of the deployment’s wireless strategy, the network of sensors can rely on the LoRa long-distance backhaul for data transfer, all while operating seamlessly with BLE for short-range communication with each sensor.

The beauty of this example is that it looks just like one of a dozen (or dozens of) projects that each of you has worked on in the past. Fundamentally, it is still a BLE-based IoT deployment. But a closer look makes it clear that this type of implementation opens up doors that were previously closed and locked and boarded up as far as IoT was concerned. LoRa breaks down those barriers, but it does so without requiring engineers to design in a radically different way.

This is just one example of how LoRa+BLE can be used together. The true impact of this pairing of technologies will come from engineers revisiting all the times they wished they could have deployed a BLE-based network of devices in a location but ran into the obstacle of unavailable or too-costly wireless infrastructure. Geography is no longer the limit. Now the only limit is an engineer’s imagination about how to put IoT to work.