As is well known the American presidential election will take place in November of this year. This question on everyone’s lips is which candidate is going to lead the country for the next 4 years? One thing is certain, the US environmental compliance landscape is going to drastically change with the implementation of the new TSCA. 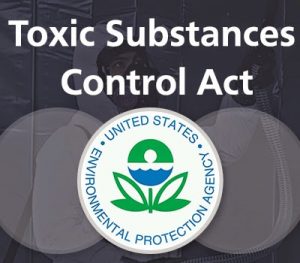 Since President Obama’ signing of the H.R. 2576, Frank R. Lautenberg Chemical Safety for the 21st Century Act, on June 22nd of this year, the TSCA has a new beginning. TSCA stands for Toxic Substances Control Act and was enacted in 1976. Since then, TSCA only enabled the Environmental Protection Agency (EPA) to request testing of certain toxic substances. Overall, it did not fully succeed in controlling toxic substances and a reform appeared necessary.
After several attempts throughout the last four decades, Congress finally agreed with a TSCA reform! Consequently several are expected and will certainly apply to the electronic industry.

Existing chemicals in the US market undergo a Prioritization, Risk Evaluation, and Risk Management by the EPA. By 2018, the existing chemicals should be classified into two categories following a transparent process. They will either be listed as high risk or low risk chemicals. High risk chemicals that may show an unreasonable risk of hazard and exposure will be regulated, according to risk management actions that are being taken. The risk management actions include warning requirements, usage restrictions or bans. When the EPA bans a use, availability of technically and economically feasible alternatives will nevertheless be taken into account. An interesting fact is that by default, a substance will be listed as a high risk chemical when hazard and exposure information are missing.

What about States actions to substances management?

This question was one of the toughest concerns of the TSCA revision. What is the Federal VS State relationship going to be? The decision was to maintain any State’s action taken before April 22, 2016. State’s regulations, such as the Californian Proposition 65 – which requires providers to notify the consumer whether a product contains at least one chemical known to cause cancer, birth defects or other reproductive harm – remain in force. Nevertheless, some exemptions apply, for example in tort actions cases.

Similarities between the new TSCA and the European REACH?

Only the future will tell, depending on the risk management actions that are going to emerge from the modernized TSCA. However, it is reasonable to foresee that some chemicals that are regulated under the European Union REACH (Registration, Evaluation, Authorization and Restriction of Chemicals) will also be regulated under TSCA, due to the properties, toxicity and usage of these substances. The REACH obligation to disclose the identity of Substances of Very High Concern (SVHCs) in articles looks similar to the warning requirement on TSCA’s cards.

What should be done at this point?

As a manufacturer, if you export electronic products to the EU (European Union), you probably are already familiar with both the RoHS (Restriction of Hazardous Substances) and REACH requirements. There is a good chance that chemicals that are regulated under RoHS and REACH will also be part of TSCA’s high risk chemicals list and therefore be regulated. It is recommended to maintain your product’s technical documentation and to determine the concentrations of the hazardous substances that constitute your product’s components and materials. Solid processes must be in place to maintain such documentation. Also Important to note, the regularly updated EU RoHS exemptions and REACH SVHCs lists should be monitored according to you processes and be reflected in your products RoHS and REACH statements.

Additionally, the EPA keeps the public informed on TSCA’s implementation plan, according to EPA’s new responsibilities. In spite of the fact that the imposed deadlines are quite short, the EPA wants to engage partners and stakeholders early in the process and to be as transparent as possible (The Frank R. Lautenberg Chemical Safety for the 21st Century Act, First year implementation plan, June 29, 2016). Staying informed on these implementation plans and participating in information sessions are two good ways to anticipate the coming chemical risk management actions.

As soon as such actions are made available; whether these are warning requirements, usage restrictions or bans; you will then be able to verify if your product’s technical documentation is sufficient to confirm compliance. If compliance cannot be confirmed, you will able to make corrective actions, like updating your processes, replacing non-compliant parts, filling product’s documentation gaps etc. Using these due diligence actions, you should be able to confidently address your US customer’s new requests about restricted chemicals.