It is an encouraging trend, if you are involved in the ecosystem of this industry. Electronics is infiltrating literally every facet our tactile world. With the progress and prevalence of emerging technologies like IoT, robotics and Industry 4.0, electronic connectedness has never been more evident than now. 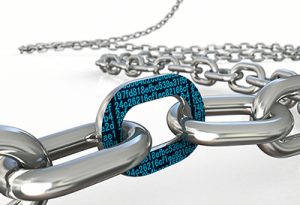 The rise of emerging technologies along with the need for components in these designs has driven demand over the top. With the tech surge comes some challenges, such as component shortages as indicated by the Electronic Components Industry Association (ECIA) during my recent visit to the Electronics Distribution Show (EDS) in Las Vegas this May.

ECIA issued a warning on the increasing threat of counterfeit parts getting into the supply chain during periods of component shortages. ECIA is tracking the challenges the industry faces due to component shortages, especially in passives such as MLCCs and certain semiconductors. The ECIA’s component supplier member community is working on alleviating these issues.

Long lead times and allocation conditions are expected to continue throughout most of 2018, however. ECIA is concerned that these conditions will force customers to consider alternative and unauthorized sources for these critical components in order to meet their own production commitments. This is understandable, but increases the risk to the industry and the consumer that counterfeit components will get into the supply chain.

The threat from IP theft has evolved. The increasing perpetration of illegal and damaging acts of IP theft not only costs the global economy tens of billions of dollars per year, but it also deprives individuals of their livelihoods, and poses a public safety and health threat. Counterfeit goods traditionally were limited to luxury goods such as handbags and watches. However, with the advent of new technologies, combined with the high profits and perceived low risk from selling infringing goods, counterfeits have become increasingly more sophisticated and prevalent. Products in every industry—from food to health care products to electronics—now are being counterfeited. Counterfeit pharmaceuticals may contain a dangerous incorrect dosage of medication or harmful contaminants. Automobile parts may make vehicles unsafe, aircraft parts may fail in flight, or electrical components may catch fire. Average consumers are incapable of determining whether the goods they purchase pose a risk or the nature of the risk.

The widespread availability of the Internet has contributed to the increasing threat. The Internet enables manufacturers to sell counterfeit products to customers around the world and facilitates counterfeiters who wish to breach or avoid legitimate supply chains for products. The impact of the Internet is particularly noticeable in the electronics industry. Offenders are creating websites that appear legitimate and deceiving consumers into purchasing counterfeit goods. Because of the anonymity of the Internet and the ability of counterfeiters to disguise the true nature of the goods they offer online, consumers are hampered in their ability to make rational choices.

In an effort to safeguard your designs, the ECIA encourages everyone to continue relying on authorized sales channel for electronics components and to report any counterfeit component activity.