Vancouver-based start-up DRIVE Hockey Analytics is deploying embedded sensors in rinks to give players, coaches and parents analytical data on how players are playing. If this sounds a bit like Moneyball 2.0, you might be right. Major League Hockey may not be as data-driven as major league baseball, but Drive Hockey is helping hockey catch up with baseball. 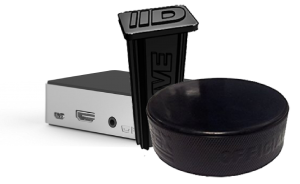 I recently had the chance to talk with the founder of Drive Hockey, Mike Dahlstedt, about how he has taken cues from NHL data-driven player development and made it simple, affordable, and helpful for potentially 1.3 million youth hockey players.

He references his experiences as a hockey coach as an inspiration for starting Drive Hockey: “Over the past decade, almost every young hockey player I coached wants to get better and wants to know how to do it. Three different people are going to have three different answers for them.” The debate over player value at the professional level has historically been focused on stats such as goals and assists; accolades like Stanley Cup rings and Hart Trophies; intangibles like toughness and leadership. Over the past decade, however, advanced statistics such as Corsi and expected goals have started to push the conversation towards advanced data-driven player analysis for improving players and teams in professional sports.

Dahlstedt hopes to address the challenges of assisting budding young players through recording and reflecting on their plays, then analyzing the data and making development-based suggestions for the best decisions. “We started as a project sponsored by British Columbia Institute of Technology’s (BCIT) MAKE+ prototype team and created an emerging business with enormous support coming from within the hockey community,” says Dahlstedt. “Hockey is one of the few sports growing internationally and the need to better develop players at a grassroots level has been fueling interest in Drive Hockey.” 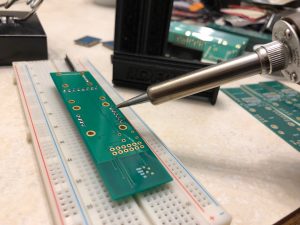 The daunting task of finding the ideal technological method for tracking a free-flowing sport like hockey has been perhaps the largest challenge facing the sport’s analysts. Fortunately, the NHL data boom has arrived. But the question remains as to how and when this data will be organized, studied and deployed to produce a cost-effective youth hockey offering. “Our biggest challenge was technical, tracking hockey stats today is done manually and sometimes with the help of video. Our market needs a simple, automated and effective system that could operate in any one of 5,000 rinks, not just in 30 NHL rinks like pro solutions,” explains Dahlstedt. “The solution required a variety of sensors on a mobile platform operating in a hostile environment backed by a big data infrastructure with near real-time data transformation. There is a lot of technical disciplines required, and like most start-ups, we were under a tight budget.” But Drive Hockey kept at it. They surrounded themselves with expert advisers in those discipline areas, and with support, they developed talent internally.

It has also helped to be located on Canada’s West Coast. “We’ve been fortunate to have BCIT’s MAKE+ team and Momentum Business Growth advising us along the way. We are still looking to expand our network and get in touch with technical and hockey professionals outside of our local network looking to get involved with what we are doing,” says Dahlstedt. They recently earned a second-place reward at the BCIT Innovation Challenge, earning a cash prize to help fund further business development.

All from fact-based on-ice data

Drive Hockey is partnering with hockey trainers and groups to set up and track hockey games in their local market, and make future products available. They produce a report for each team, and another for each player for each game that is tracked. Players can better understand their unique game, see areas they can improve, learn how to improve it and can set and track their targets. Players can learn about their performance and how their actions lead to results, all from fact-based on-ice data.

A by-product of sports science’s explosion within our youth hockey can also be for health and safety. These new systems can deliver biometric data that can elicit insights about fatigue, injury prevention, and more. Sports analytics can help parents and coaches make better hockey and health-based decisions. Drive Hockey is planning to equip 2,500 rinks with tracking systems over the next 5 years. To learn more, go to www.drivehockey.com.