The birth of IoT service enrichment

The Internet of Things (IoT) has been hailed as the next industrial revolution, and many predict its growth will move beyond consumers to specialized IoT apps for industry vertical markets. Building IoT applications fast enough to competitively meet the needs of specialized markets requires fast prototyping, production and delivery. Yet to extract full value from the data collected, rich application ecosystems need to develop around the original product. 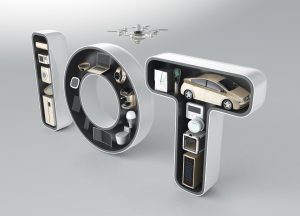 Designing with an application ecosystem in mind requires bringing a service-orientation to app development, enabling the application itself to become a platform. A deeper understanding of both the application requirements and the overall business potential from new revenue models tied to the IoT development platform itself is needed.
In this article, I’ll briefly cover IoT app development, challenges surrounding the time to market for a production-ready, enterprise-class IoT application and discuss the concept of enriched IoT service creation platforms made available to an ecosystem of third-party service providers. A use case from for the heavy industrial machinery industry will be discussed as well.

The early history of IoT saw developers building applications on top of private or public Infrastructure as a Service (IaaS) clouds. While public IaaS clouds provided on-demand access to scalable compute, storage and networking resources, developers were still responsible for designing, building and deploying their own IoT service enablement infrastructure, which included device discovery, registration, provisioning, configuration, data ingestion, modeling and security. As a result, time to market for a production-ready, enterprise-class IoT application was extremely long – often a year or more. 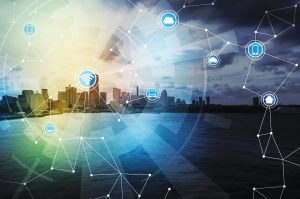 Over the last two years, IoT Platform as a Service clouds (PaaS) service enablement clouds have emerged that supply machine-scale data ingestion and storage, secure IoT message queues (Amazon Kinesis for streaming data on AWS, Microsoft Azure IoT message hub, IBM Watson IoT), device modeling, serverless computing and even visual service design. These IoT service enablement platforms are typically built on top of IaaS public clouds and provide scalable web services with APIs that can handle all of the IoT service enablement tasks, thereby reducing coding effort and allowing developers to focus on the business logic that differentiates their applications.
Still, developers demanded more help. Orchestration of the service tends to be relatively straightforward when compared to extracting actionable insight from the data. In vertical markets, developers need access to algorithms that help them make sense of the data collected and PaaS providers stepped up to provide that help. Larger players partnered with domain experts in each industry to offer domain-specific APIs. These “service-enriched” IoT cloud platforms provided API-access to rich, modular analytic algorithms and business logic to further shrink application development time.
But these enriched APIs offered by the large PaaS platforms limit the developer’s ability to differentiate their application by choosing platform enablement partners outside the ecosystem offered by the PaaS vendor. They also do not help a developer take the next critical step in creating their own IoT partner ecosystem – offering the application itself as a PaaS on which developers can build.

Each IoT vertical has unique baseline analytics and business logic requirements. Home automation, telehealth, and smart transportation applications each require specialized analytic data processing and business logic as the price of market entry. Consequently, developing this baseline still falls on the developer.
When choosing partners, IoT platform vendors pick winners and losers, in an attempt to offer vertically-oriented, value-added APIs (business-logic-as-a-service) to their customers. From the app developer’s perspective, this means to integrate a service provided by another vendor not pre-selected by the IoT platform vendor, they must handle the complexity of integrating a third-party service into their IoT application themselves. In this model, developers are not free to choose from best-of-breed domain-focused web services to enrich their application.
Many companies also want to use their investment building IoT applications for their devices as leverage to create an application partner ecosystem around those applications, providing added value for both customers and partners. The simpler it is for partners to get started by building applications within a company’s ecosystem, the more that company’s products are likely to flourish.
Hence, many device and component vendors would like to do more than simply build an IoT application. They want to also build their own vertically-focused enriched-services IoT platforms. These services would enable the vendor to offer to their customers a development platform uniquely optimized for their devices, with value added analytics and business logic chosen by the vendor to provide the maximum advantages for their developer ecosystem. With such a platform, device vendors could empower the creation of additional value throughout their entire supply chain.
However, building new vertically-oriented IoT platforms is considerably harder than building new IoT applications. What’s required is an entirely new class of IoT service creation technology, a platform for building new platforms themselves: an IoT service enrichment platform.

An IoT service creation and enrichment platform (SCEP) is designed for rapid creation of domain-specific, enriched services that can be shared among partners and is the key to rapid IoT application ecosystem development. Built on top of popular IoT public service enablement clouds or added to private clouds, this new class of cloud-neutral IoT platform allows developers to create both and IoT application and an IoT PaaS offering at the same time. It also frees the developer from tyranny of the IoT PaaS vendor, allowing them to create their own applications and platform offerings containing a mix of best-of-breed vertically-oriented platform enablers that can be moved easily from one cloud provider to another.
In addition to all of traditional IoT service creation and enablement capabilities offered by IoT cloud services today, an IoT SCEP provides features for partners throughout the eco-system: application partner on-boarding and management, collaborative contract management, enterprise and user modeling, visual service creation and analytics, mashup APIs design and exposure, API monetization, multi-party settlement and agile development tools.
Thus, a new IoT application created by a device manufacturer for smart homes can immediately become a platform for partners to build differentiated new smart home IoT apps (instead of simply white-labeling the original app). Development time to create the new partner application can be as little as a few days, since the developer can leverage the capabilities of the underlying smart home platform and focus only on business logic needed to differentiate the new application. It also means infrastructure needed for creating, testing, deploying, scaling and monetizing the new application is already built into the device manufacturer’s platform. For device vendors, the rapid creation of additional value throughout their entire supply chain comes already included with their original investment creating their first IoT application.

With an IoT service creation and enrichment platform, new vertical IoT platforms can be stood up quickly and scaled – platform-building along the lines of application-building. And, the new application can immediately be designed to become a platform itself, creating a hierarchy of enriched platforms that offer increasing value at each level.
In the following use case, the underlying IoT app is enriched and value is generated that can be monetized and shared among the partners.

Each complementary IoT application builds on the capabilities of the underlying platform. Each new application can be monetized, and the value shared among the partners. Ultimately, the original vendor, the partners and the end user all benefit from the rapid creation of a rich ecosystem of powerful applications.
The birth of the enriched IoT service creation platform that can be made available to an ecosystem of third-party service providers and that brings in more partners, without significant development effort, enriches the whole supply chain – a valuable addition to the IoT industrial revolution.