In today’s agricultural industry, producers use technology in order to better predict growing systems, assess crop health and deal with extreme weather events. Drones, for one, have become an important tool for agricultural producers looking to capture aerial photography and video of their crops. 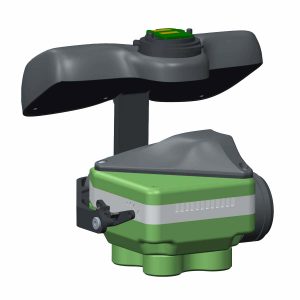 Also known as unmanned aerial vehicles, drones aren’t actually new technology, having been used commercially in other industries since the early 1980s. However, thanks to new innovations and relaxed regulations, drones are being used more than ever before by agricultural producers looking to work smarter, not harder. In fact, PwC’s global report on the commercial applications of drone technology in May 2016 estimated the market for drone-powered solutions in agriculture industry at $43.4bn.

Aiming to corner a piece of that massive market, Sentera creates complete photographic solutions for drone equipment, which feature high-tech cameras with ultra-light sensors and specialized software for data analysis. In November 2017, the Minneapolis-based company debuted its gimbaled Double 4K and Quad sensors, called the Quad Gimbal, which features Protocase-made parts and plates.

A Complete Solution: The Quad Gimbal

Sentera’s Quad Gimbal is the company’s most powerful camera, with the most advanced sensors on the market. The camera’s four lenses allow users to gather data from four different bands of light simultaneously, giving agricultural producers a superior look at their crops.

But having a camera without a drone doesn’t get you very far for aerial photography, of course, which is where DJI comes into play. DJI is the world’s largest drone maker, and Sentera designed the Quad Gimbal camera to attach seamlessly to DJI’s Inspire 1 & 2 Drones, making it a complete solution for agricultural producers looking for a clear aerial view of their crops. 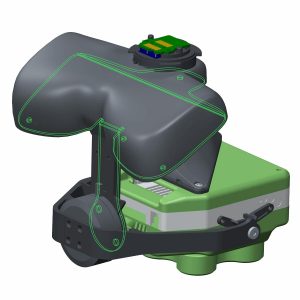 Back Plate Highlighted: Provides a bottom cover for the electronics enclosure, protects against GSP interference and provides cable management.

The Quad Gimbal features, as the name suggests, a Sentera-designed motorized gimbal. Gimbals are a pivoted support system that allows an object to remain horizontal, regardless of the motion around it. This is a crucial piece of the puzzle for effective aerial photography, as instability can easily result in compromised image quality.

“Typically, only our most advanced customers use the Quad Camera, such as university and corporate researchers, as well and industrial and enterprise users,” says Ethan Oscarson, mechanical engineer at Sentera. “However, with a new plug and play approach, and an increased understanding of diagnosing problems in the field, the average farmer may soon have a use for this advanced of a product.”

With the overarching goal of ease and simplicity in mind, the team at Sentera wanted the Quad Gimbal to integrate seamlessly with the DJI’s Inspire 1 and Inspire 2 drones.

“These drones have a locking mount on the front of the aircraft that DJI utilizes for their internally-manufactured gimbaled cameras,” says Oscarson. “Our goal was to utilize this mount in order to give users the option of easily changing out payloads and flying each mission with a payload specific to that mission.”

Along with stability, another requirement for the Sentera team was to create a design that was lightweight, as weight can drastically affect flight time. 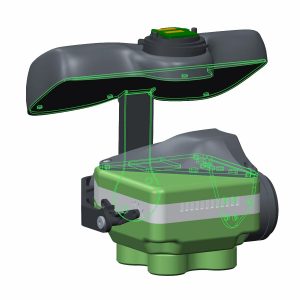 Oscarson explains that the original Quad Gimbal design was conservatively designed to place the GPS receiver far away from any electronics that could cause interference. The end result in those early prototypes was a much larger unit. But once Sentera approached Protocase to custom manufacture the parts it required, the iteration proved fruitful.

“With the help of the sheet metal plates by Protocase, we found we could effectively shield any undesired emissions, which ultimately allowed us to shrink the overall size of the product.”

With his work focused on designing solutions that integrate the company’s cameras onto drones, Oscarson spends his days designing in CAD (using Creo Parametric), GPS testing, prototyping and, of course, flying drones. With all of that prototyping and testing, having responsive suppliers such as Protocase, who can quickly complete custom work exactly to specifications, is crucial to proper research and development.

“We currently use Protocase for all of our prototyping and production needs,” says Oscarson. “The fast turnaround, quality products and reasonable pricing keep us coming back!”

With the agriculture sector continuing to grow and shift due to market demands and technological advancements, Oscarson is hesitant to predict future projects for Sentera, and how they’ll develop.

“The use of drones for agriculture is a relatively new concept, and applications are always being discovered,” he says. “At Sentera, we’re always trying to innovate and design products to support the grower’s needs of today, and also the future.”