Canada put on the smart textiles map with new alliance

The National Research Council of Canada (NRC) has teamed up with industry members to officially form the Smart Textile and Wearables Innovation Alliance, aimed at creating visibility for the smart textile industry and position Canada as a global leader in this emerging sector. 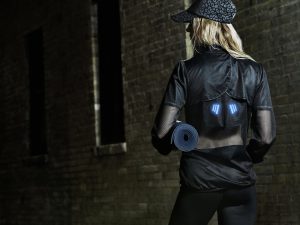 The Alliance will regroup 34 Canadian companies from all levels of the supply chain to share ideas and develop products that will revolutionize the smart textile industry. Smart textiles and wearables have digital components, including small computers, sensors and electronics, embedded in them and give them added value, such as communication, data collection and energy transfer.
“Textile is rapidly becoming the most effective wearable technology form factor. Smart textiles and wearables have the ability to provide a holistic picture of the body, enhance everyday life and even transform the future of the health care systems,” says Tony Chahine, chief executive officer, Myant & Co. and member of the Alliance.

Facilitated by the NRC, this industry-led, grassroots initiative will encourage the formation of supply chains to enable the development and commercialization of next-generation technologies in targeted areas such as sport and fitness, self-care and wellness, medical diagnostics, industrial wearables and interactive tracking.
“NRC recognizes that domestic supply chains are essential for the advancement of smart textile and wearable technologies,” explains Thomas Ducellier, executive director, printable electronics flagship program at NRC. “We are proud to be facilitating the Smart textile and Wearables Innovation Alliance to allow companies to be part of a collaborative ecosystem and make revolutionary breakthroughs.” 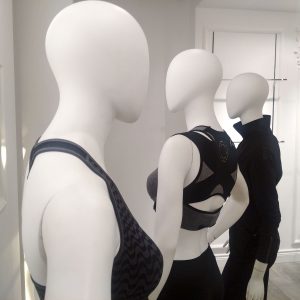 The NRC is currently providing administrative support for the Alliance out of its offices in Ottawa, but the membership is spread out across the country from Vancouver to Montréal, where the next gathering of the Alliance will be held, respectively on September 30th and October 19th. In terms of governance, the NRC is facilitating this grass-roots, member-directed network. Future governance will be left for members to decide later on.
“At this moment, members want a venue to share information and network with their peers, which does not require formal structure,” Ducellier adds. “As the Alliance matures and moves on, it might choose to formalize its construct or join existing associations that can provide such structure. This will be decided on by the members themselves when they feel that a more professional organization is required.”

Focus of events is networking & matchmaking

The importance of information sharing within its membership is underscored by such networking events planned for Vancouver on September 30th and Montréal on October 19th. The focus of both events will be networking and matchmaking. Ducellier says participants will be able to present what they have to offer others and what they are looking for from other attendees in order to facilitate the establishment of supply chains and partnerships.
“When NRC began to investigate the needs of companies in the sector, understanding what other organizations were doing in the field and securing partnerships were the main reasons companies cited as their top priorities,” says Ducellier. “The Alliance was conceived to address this need and is therefore constructed as a networking venue where all key stakeholders in the field can meet and exchange.”
Canada has a surprisingly large number of companies involved in the field of smart textile and wearables, according to Ducellier. This is little known both globally and even domestically. Ducellier says that was the observation that led to the creation of the Alliance.

So far, the association has identified upwards of 60 companies active in this field across the country, which clearly positions Canada as an emerging leader in this field. The applications cover a broad range of designs, from sports to health and wellness, including industrial, etc. and a wide range of company sizes from small start-ups to more established companies, with the former being more prevalent than the latter.