As I write this, Hurricane Irma is battering Florida. Hurricane Harvey has already left a path of devastation that according to media reports includes 500,000 cars with flooding damage and over 100,000 houses with some form of water damage including 30,000-40,000 homes that are total losses. The replacement of vehicles, appliances, consumer goods and all the other products using electronics that have been damaged due to the unprecedented scale of these disasters will further challenge the supply chain. Passive components are used in just about every electronic product. From a supply chain perspective, we have found the perfect storm: an already overcapacity component market which will shortly be loaded with a huge demand spike.

How did we get here?

The component supply chain has always had feast and famine cycles. The current cycle has been exacerbated by two factors. First and foremost, pure electronic data interchange (EDI) models tend to cause trust issues.
One only needs to look back to the last supply chain disruption that occurred in 2013 to understand the basis for lack of trust. Capacity had been cut following the 2008 recession and mixed economic signals in 2011 and 2012 triggered additional component industry consolidation and cuts in capacity. When demand picked up again in 2013 it outstripped capacity and triggered allocation. Many companies were doubling and tripling their orders to game the system into giving them what they really needed. 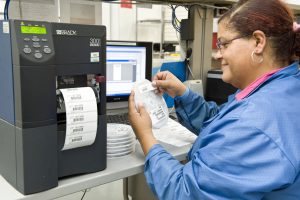 Once allocation eased, the extra parts were canceled. In a system with deep relationships, suppliers and customers would talk about that and work out a compromise in an atmosphere of trust. In today’s world, suppliers now see any unexpected order increase as an attempt to game the system and don’t concomitantly increase that customer’s allocation. Even more troubling, lack of relationships and the visibility into future demand trends that comes with them is one of the reasons component manufacturer capacity industry-wide isn’t increasing faster. They simply don’t trust the forecasts they are seeing.
Another driver of capacity constraints has been industry consolidation. According to Karim Yasmine, corporate vice president supplier development at Future Electronics, another challenge faced by buyers in the multi-source world of components is the recent wave of mergers and acquisitions in the manufacturersí landscape. Consolidation has reduced customersí approved vendor lists (AVLs) significantly which also becomes a factor to take into account in a constrained or allocated market. Customers are now looking to value-added distributors who will invest in inventory and differentiated bonded inventory management programs to ensure continuity of supply.

While value-added distributors may be one part of the solution, the reality is that fewer component suppliers has translated to less pressure to rapidly increase capacity, particularly in an environment where many manufacturers were trying to determine if increased demand trends were sustainable, given the up and down spikes seen over the last two years. Even in this perfect storm, it is unlikely that capacity will increase to fully accommodate the added demand of replacement product manufacturing, since that demand will drop as products are replaced.

So, where do we go from here?

Four principles should be in play:
* First, talk with your engineering team to ensure that new products have supply chain flexibility built in from day one. At Firstronic, we are regularly seeing bills of material (BOMs) with obsolete parts or parts that have been not recommended for use in new designs due the point they have reached in their lifecycle. Take any advice contract manufacturers, distributors or component suppliers give you on best availability when it comes to parts selection. Pick parts that are easy to cross-reference, whenever you can.
* Second, avoid specifying unique parts wherever possible. Component manufacturers that make parts for specific programs rather than the general market are experiencing capacity constraints at the subcontractors that fabricate their parts.
* Third, go back to building relationships with your component suppliers. Give them visibility into new programs and any anticipated spikes in demand. It wonít solve all the problems, but it will help to create trust as far as changes in the amount of components being ordered for your program. All manufacturers are double confirming orders before investing in new capacity. If all they see is a new or increased order through distribution, sometimes half way around the world they donít make the connection and they may delay that investment.
* Fourth, keep it simple and donít over specify. For example, for passive, commodity parts consider broadening your specifications as widely as possible so that the BOM doesnít have five different resistor values when one resistor value would be adequate.
This is an industry-wide problem that in the space of three weeks has grown tremendously in magnitude. And as with any period of allocation, counterfeit parts will enter the market. Your franchised distribution supply chain and contract manufacturers will deliver bad news on some parts. The more flexibility and visibility they have, the more ability they have to identify alternate options. Legitimate non-franchised distributors may also have options that help prevent supply chain disruption for some period, typically at a higher cost. Again, visibility and flexibility is key to effectively utilizing this option. And, the unscrupulous will always have your parts in stock, or at least parts that appear to be labeled like your parts. This is the one option that should be avoided at all costs. 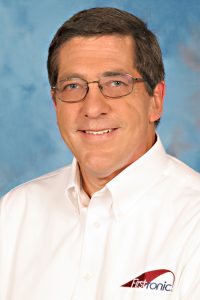 Combining the visibility good systems can offer with an old school relationship-based, common sense approach is the best way to survive this storm. Building trust back into the equation is a critical part of fixing this issue over the long-term.