Automakers to face further issues in 2021

From flourishing to floundering: Pandemic wreaks havoc on carmakers

In the first half of 2020, the automotive industry took a hard hit from COVID-19 with demand nosediving, production shutdowns and allocation shifts focusing on telecommunications and industrial automation. As a result, sales went down a whopping 34%.

By the end of the year, demand for automobiles began to mend as sales improved by 19%. Though this is lower than previous years, some car manufacturers have already started to see the effects of this rebound and are predicting sales to reach that of 2019 – one of the best years in the industry.

Despite the automotive industry expecting to see explosive growth, its recovery is already being hindered by widespread electronic component shortages that are predicted to last until 2023. A dominating factor is the limited supply of raw materials, such as glass substrates, 8-inch wafers and ABF substrates, that are causing production and global supply to continue to narrow. 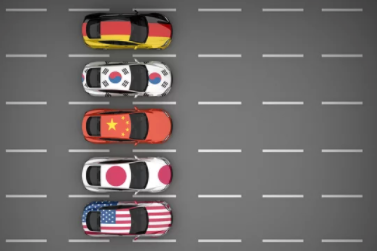 With foundry capacities experiencing a 100% utilization rate, the automotive industry is competing with telecommunications and consumer electronics for limited supply. As a result, automakers like Volkswagen, Nissan and Toyota, are cutting production and idling plants.

As 2021 progresses, more shortages are on the horizon, including LPPDR5s used in automotive applications, SSDs used in electric vehicle applications, and precious metals, which are needed for catalytic converters.  The impact of the current shortages is exponential. General Motors Co. and Ford Motor Co., for instance, are potentially facing $61 billion in lost revenue for the year due to difficulty securing needed chips.

Due to its effect on the industry, automakers are looking to their governments for support. This has led the U.S., Japanese and German governments to ask Taiwanese officials for aid in convincing TMSC to re-prioritize its capacity and focus on automotive-grade parts. The European Union has also approached Taipei for support. In response, TMSC announced its plan to reallocate its wafer capacity to pump out auto-related products as it works toward increasing production capacity altogether.

Because of the time and resources required to expand capacity, not all manufacturers are following in TMSC’s footsteps. Infineon and Renesas have stated they will adjust production based on demand with no specific plans while NXP has not shown any indication of increasing its capacity.

Unfortunately, the situation could get worse if semiconductor manufacturers forecast based on immediate need only. The growing demand for electric vehicles and autonomous capabilities will require twice as many semiconductors as internal combustion engine automobiles.

As the automotive evolution progresses, automakers are focusing on further integrating technology in automobiles like Bluetooth connectivity, driver assistance, navigation and hybrid electric systems, which require more chips and components. This is trend is expected to continue because of growing demand for big data and analytics, cloud computing and digital services to increase vehicle connectivity with owners and dealers – all of which will also add pressure to limited component supply.

Overlap between automotive and technology industries

With over 40% of the cost of a new car attributing to semiconductor-based chips and the demand of semiconductors in other sectors also growing, the global market is expected to be worth $129 billion in 2025 – triple the size it was in 2019.

“Increased competition for technology allocation will mean that automakers have to plan even further ahead and think more strategically to ensure their supply chains are stable,” Cruger continues.

This overlap between both the automotive and technology industries will result in bottleneck allocation issues in semiconductor products for technology manufacturers. Simultaneously, automakers will require a complete overhaul of their vertical supply chains to rely on strategic partnering with specialty technology firms.

“To prepare supply chains for the massive growth, having an accurate forecast, keeping enough buffer stock and planning inventory for at least 6 months to a year will be key. By doing so, companies will be better prepared for lead time stretches and other unpredicted events,” says Dylan Chew, Fusion Worldwide’s Global Director of Purchasing.

Additionally, by incorporating multiple sources into supply chains and strategically utilizing the open market, companies will have multiple opportunities to cover their supply chains. As we have learned over the past few years, companies who put all their eggs in one basket don’t have a safety net when supply chain disruptions occur.