As communications providers race to deliver on the potential of 5G, research and design projects are already looking towards 6G and beyond. The promise of ultra-fast broadband speeds – potentially as much as 10 Gbit/s – can catapult cellular technology into new markets like smart cities, connected vehicles, defense, and the rapidly expanding IoT. However, a major hurdle awaits the impending move up the millimeter wave (mmWave) spectrum; that being a lack of acceptable mmWave components such as circulators.

“It is an enormous technical challenge we are facing,” says Fred Daneshgaran, a California State University, Los Angeles, professor who specializes in RF design, telecommunications and quantum communications. As such, Daneshgaran is frequently brought in as lead technician on some of the most cutting-edge RF military and telecom projects. 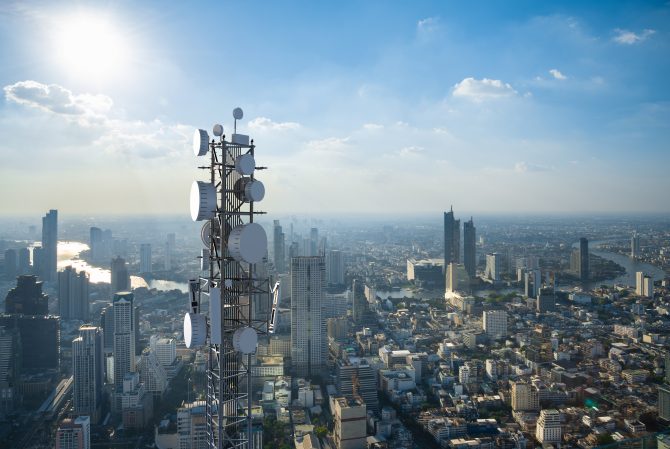 “The only way to support the billions of users at higher data rates is to keep utilizing higher and higher frequency bands, so components are going to have to catch up,” explains Daneshgaran. “The problem is, however, as you go up the spectrum it gets harder and harder to build critical components like circulators that can operate at those frequencies.”

The higher-end of the 5G spectrum (26 GHz to 86 GHz) will provide much of the leap forward in data speeds, capacity, quality and reduced latency. However, at such frequencies the design of transmit/receive components becomes critical. Without advancements, the deployment of systems capable of operating even higher on the spectrum – within the terahertz regime (100 GHz – 10 THz) where 6G and 7G will operate – are also in jeopardy.

Recognizing that national security could be affected, in late 2020 the Department of Defense announced $600 million in awards for 5G experimentation and testing. Given this impetus, microwave components such as antennas, waveguides, isolators and circulators are now being developed that are capable of broadband operation at mmWave frequencies up to 330 GHz and beyond. 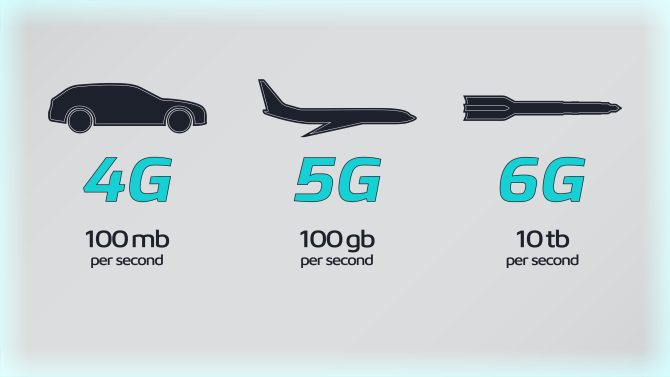 “One component that is especially critical to telecom infrastructure is the circulator,” Daneshgaran explains. “Antenna systems capable of both transmitting and receiving a signal are typically expensive because they are reciprocal devices. To keep the signals separated you have to put something like a circulator at the front end, otherwise you’d need two different antennas.”

Basically, a circulator is a three-port device in which power entering any port is transmitted to the next port in rotation. Hence, any signal that goes into port one, goes out port two, and any signal coming in port two, goes out to port three.

This issue of duplexing at mmWave frequencies is not only problematic for telecom applications, but also for radar technology which relies on circulators to separate the signal on the transmission path from the signal on the receiving side.

In a recent effort to design and build an R&D system for a major commercial contractor, the lack of a circulator capable of operating at 120 GHz stopped Daneshgaran’s team in its tracks.

“Theoretically, you can design one, then simulate its performance, and it will be fine. However, actually making them is more of an art than a science,” explains Daneshgaran. “It is just very hard to build circulators at the mmWave range. We struggled to find anybody that was capable of producing circulators in the frequency band we required, much less with the high isolation and wide bandwidth we wanted.”

Whether it’s for high-speed data transmission and reception, or for target detection, isolation is a key parameter. 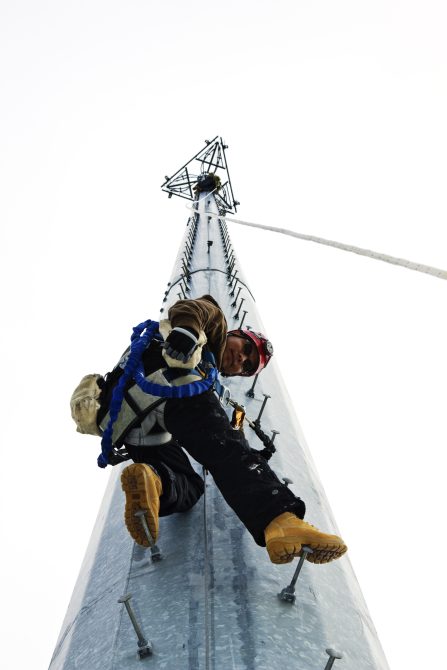 “The circulators we used demonstrated some pretty awesome isolations,” continues Daneshgaran. “At the frequency we operated on, we realized almost 30 dB of port-to-port isolation, which is a lot. Typically, it is very hard to even get above 20.”

A circulator must also offer a wide bandwidth, a major challenge at mmWave frequencies.

Daneshgaran goes on to explain that in a radar application, wide bandwidth is important because it involves continuous frequency sweeps. The larger the bandwidth, the easier it is to discern a target in a given sweep.

Increased bandwidth in new, advanced circulators is achieved by abandoning complicated dielectric impedance-matching elements in favor of a mechanical engineering solution. This makes the performance highly repeatable from one assembly to the next.

“With these circulators we are getting a clean ‘couple of gigahertz,’ if not more, of bandwidth within the characteristic limits of 30 dB isolation we seek for our application,” notes Daneshgaran. “If we were willing to accept something like 20dB of port isolation, we could have four or more gigahertz of bandwidth, which is very significant.”

“Because of the initial delays in finding workable mmWave components, we really needed to jump in and make several measurements that we had fallen behind on,” concludes Daneshgaran. “With the implementation of advanced circulators our machine has been running continuously ever since we set it up, and we could not be more pleased with the results.”