It’s only a circuit breaker.  Yet there is enough complexity and confusion when it comes to specifying circuit protection that many engineers are designing equipment with too little or too much protection.  Under protected circuits leave equipment vulnerable to damaging electrical surges.  Over protected circuits add cost and can lead to nuisance tripping.  Like Goldilocks and the Three Bears, the goal is to specify circuit protection that is ‘just right’.

As a global manufacturer of circuit breakers for more than 50 years, E-T-A has selected the 12 most common pitfalls for this article.

1. Specifying the wrong circuit breaker type for the application 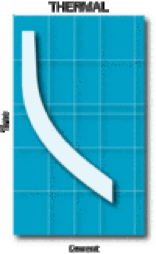 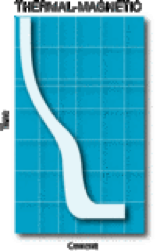 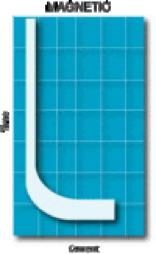 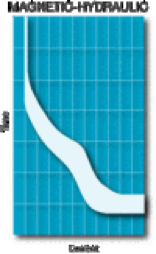 Magnetic circuit breakers operate via a solenoid, and trip nearly instantly as soon as the threshold current has been reached.  This type is appropriate for printed circuit board applications and impulse disconnection in control applications.

Thermal circuit breakers incorporate a heat-responsive bimetal strip or disk.  This type has a slower characteristic curve that discriminates between safe temporary surges and prolonged overloads.

2. Specifying too high a rating in an effort to avoid nuisance tripping caused by in-rush or transient currents

3. Failure to provide spacing in design

It is important to maintain recommended minimum spacing requirements between non-temperature-compensated thermal circuit breakers.  A mere 1 mm spacing between breakers is all that is required.  Without this tiny thermal gap, the circuit breakers can heat up and increase the sensitivity of the bimetal trip mechanism.  If the breakers must touch each other, derate them to 80% of their normal amperage rating.

4. Over specifying or ambiguously specifying the degree of protection

Terms such as drip-proof, ignition protection, water splash protection and dust proof are in common usage but may be misleading unless standard definitions are applied.  When specifying, use the established standards as a measure, such as EN 60529/IEC 529, which defines the degree of protection of Electrical Equipment.  Using these standards, decide which protection is correct for the application.

Circuit breakers are reset manually by means of an actuator.  There are many types of circuit breaker actuators, including press-to-reset, push-pull, push-push, rocker, toggle, baton and press-to-reset with manual release.  The actuator type is more than a cosmetic consideration.  For example, critical applications usually call for push-pull style actuators, because they are the most resistant to accidental actuation.  The type of actuator you select will be determined by the location of the circuit breaker, the need for illumination, the need for human operator safety or convenience and the consequences of accidental engagement.

Many circuit breakers are designed to be both a breaker and on/off switch.  The advantages of a combination device are a reduction in components, less consumption of panel space, reduced wiring and increased protection over ordinary switches.

7. Specifying the wrong type of terminal 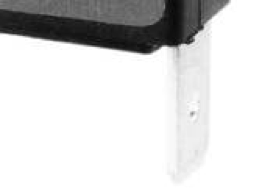 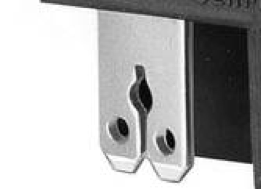 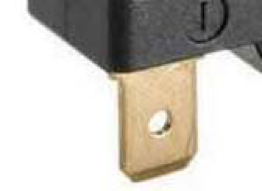 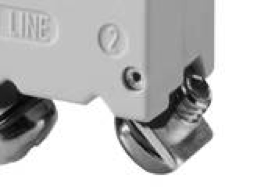 8. Specifying a fuse when a circuit breaker would be better

Although fuses provide inexpensive circuit protection, the cost savings should be weighed against the low total cost of ownership of circuit breakers.  Foremost, circuit breakers can be quickly reset, enabling the circuit to be restored with a minimum of downtime.  In addition, there is no assurance that a replacement fuse will be of the proper rating.  If a fuse is replaced by a higher rated fuse, overheating and catastrophic equipment failure may occur.

Circuit breaker performance is relatively stable over time, but as fuses age, their trip characteristics change.  This may lead to nuisance tripping and increased downtime.

9. Specifying the wrong type of circuit breaker for a high vibration environment

As a rule of thumb, the circuit breaker should be rated for 100% of the load. However, some applications require a circuit breaker to operate continuously in either high or low temperatures. In these cases, follow the manufacturer’s guidelines for derating. For example, an application calling for 10A protection requires a 12A rated thermal circuit breaker when it is operated at 50° C.

11. Derating when it is not necessary

One common mistake is to assume that derating is necessary for thermal circuit breakers in environments that experience rises in ambient temperature. Actually, the performance of a thermal circuit breaker tracks the performance needs of the system, assuming it is exposed to the same heat source. For example, motor windings need more protection from overheating at 90° C than the same windings need at 20° C.

To comply with various standards, engineers must specify circuit breakers with adequate interrupting capacity.  Unfortunately, applying the appropriate standard may be confusing.

If you keep these tips in mind, it is easy to specify the right measure of circuit protection at the lowest cost.  Start the selection process by working to truly understand your load.  Then decide which type of circuit breaker is suited to your application.  Avoid the common mistakes, and you will be rewarded with a reliable design.