CES 2023: Tech world to gather and show off gadgets

CES, the annual tech industry event formerly known as the Consumer Electronics Show, is returning to Las Vegas this week with the hope that it looks more like it did before the coronavirus pandemic.

Media previews start Tuesday and Wednesday, with the show opening Thursday and continuing through Sunday.

The show changed its name to CES several years ago to better reflect the changing industry and the event, which had expanded beyond audio and video to include automotive, digital health, smart phones, wearables and other technologies. 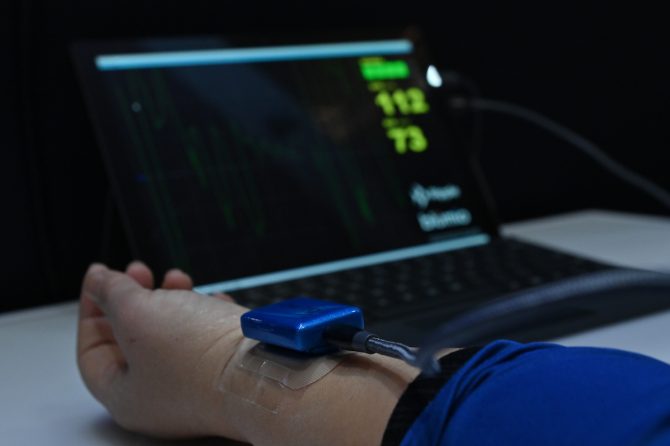 Health tech is one of many new technology sectors to be featured at this year’s CES event in Las Vegas, including automotive, smart phones and wearables. Source: CES

Companies and start-ups will showcase innovations in virtual reality, robotics and consumer tech items to the media and others in the tech industry. The show is not open to the general public.

Organizers say their goal is to draw 100,000 attendees. That would be a marked contrast with the look and feel of the past two shows _ the last of which saw a 70% drop in in-person attendance amid the spread of the Omicron variant. The one before that was held virtually, replacing in-person displays and meet and greets with video streams and chats.

Even if organizers reach their goal, it would still represent a 41% dip in attendance compared to the in-person show held in early 2020, before the pandemic consumed much of everyday life.

They include many start-ups and routine visitors like Amazon and Facebook parent Meta, both of which have recently cut jobs and implemented hiring freezes after beefing up their staff during the pandemic. Other tech companies have also been tightening their belts and laying off workers amid concerns about the economic environment.

The Associated Press spoke with Fabrizio about CES and what consumers should expect at the show. The conversation has been edited for clarity and length.

Q: The tech industry has been going through a rough time in the past few months. How do you expect that to impact the show?

A: Yeah, for the last two years, the tech industry was booming. We’re seeing a recalibration now and as part of the recalibration, there are layoffs. But in terms of CES, the companies are coming big. And they’re going to be showcasing some of these solutions that were critical during the pandemic, and a lot of the solutions that have continued to change the way consumers live and behave. The momentum and excitement we’re seeing for the show hasn’t been impacted.

Q: Are most of the exhibitors start-ups?

A: We have a lot of start-ups and new companies. Over 1,000 new exhibitors for CES this year, which is on par with prior years. There will be some repeat customers in Eureka Park, where our start-ups are primarily stationed. They can be there for up to two years. But we will also have a lot of companies who’ve been at CES for a while.

Q: The theme for the show is human security. How did you land on that?

A: We were approached by The World Academy of Art and Science, which has been working with the United Nations for a long time on human security. You can think of it as basic human rights _ access to food, health care, etc. And they wanted CES to really use this theme because our exhibitors are showcasing how they’re solving some of these big global challenges with technology.

Q: Historically, CES has been more focused on convenience and personal tech. So this is going to be a shift.

A: This is the shift. We’ve talked about how tech solves challenges in the world. But we’ve never had a theme at CES before. It’s always been about innovation and great products for the consumer. But for this show, you will be able to see the theme on the show floor and other places. For example, John Deere is showcasing some of their agricultural technology that really contributes to sustainability and access to food. Another company created a secure voting technology on the blockchain, which aligns with the U.N. theme of political security.

Q: The metaverse is going to be another big topic. A lot of companies are investing in it. What can visitors expect to see at the show?

A: The metaverse is a key theme. We’ll have a dedicated part of the show floor for Web3 technology. There’s also going to be shared and immersive virtual experiences. Automaker Stellantis and Microsoft have a partnership to create a showroom in the metaverse. There’s a company called OVR that has created a solution where you can smell in the metaverse. People are talking about unique ways to reach their customers, and different experiences people can have there. So that will be a big theme among both big and small exhibitors.