The semiconductor market has had an exceptional run of sequential revenue growth during the COVID-pandemic period that began in early 2020 according to Omdia’s Semiconductor Competitive Landscape Tool (CLT). A record eight-straight quarters of revenue growth occurred during this time. Now the market has begun to shrink for the last two quarters. 3Q22 semiconductor revenue was $147B, down 7% from the previous quarter of $158B. 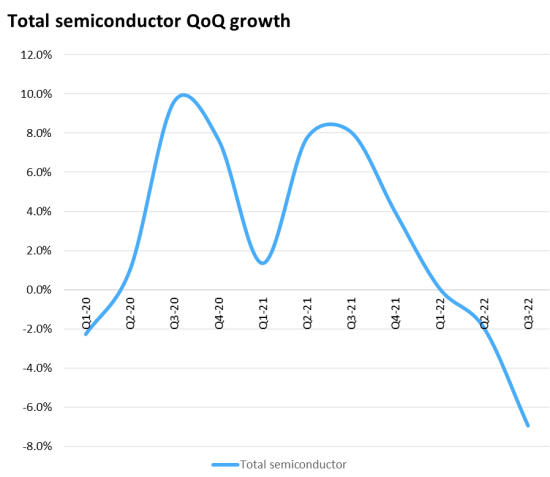 “The decline in the market has not been uniform,” said Senior Research Analyst, Cliff Leimbach. “Different parts of the market are driving the weakness at different times. 2Q22’s decline was driven by a weakened PC market, with Intel declining 17%. The most recent decline is due to weakness in the memory market. Memory revenue is down 27% quarter on quarter (QoQ) as data center, PC, and mobile demand declined in combination with inventory adjustments from customers.” 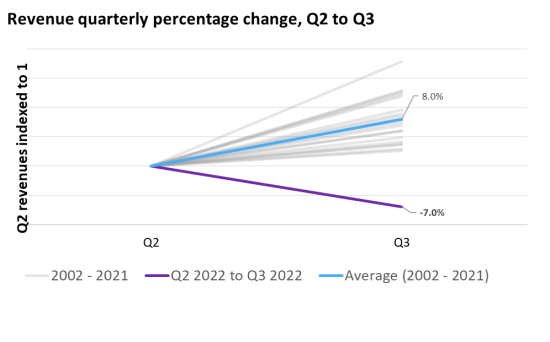 Following a record run, the semiconductor market has cooled down and consumer confidence has waned resulting in a historic drop for a third quarter. Semiconductor sales increased in anticipation of consumer demand increasing in the second half of the year. From 2002 through 2021, the long-term average quarterly growth was 8%. 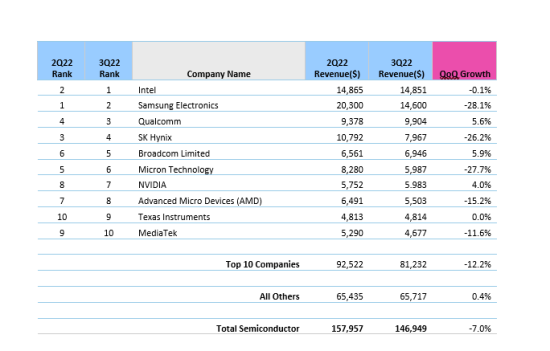 The three memory-focused companies (Samsung Electronics, SK Hynix, and Micron Technology) all dropped one position. While the major memory suppliers accounted for a drop of over $10bn in semiconductor revenue for 3Q22, they weren’t the only companies to struggle. AMD revenues declined as they experienced a slow-down in demand for PCs and inventory reductions, the same market conditions that Intel felt the previous quarter.