Workers walk out of iPhone factory due to Covid woes

Workers who assemble Apple Inc.’s newest iPhone walked away from a factory in central China following virus outbreaks and complaints of unsafe working conditions, highlighting the clash between the disease’s enduring risks and efforts to restore the global flow of goods.

Employees started leaving the Foxconn factory in Zhengzhou after some fell ill in mid-October and received no treatment, according to an employee who asked not to be identified by name. He said Foxconn has begun requiring face masks and disinfects the workplace daily but work continues normally.

“There are still people getting infected at the assembly lines, and they are still worried about going to work,” the employee said Monday by phone from Zhengzhou. He said he had left the factory and planned to return to his hometown. 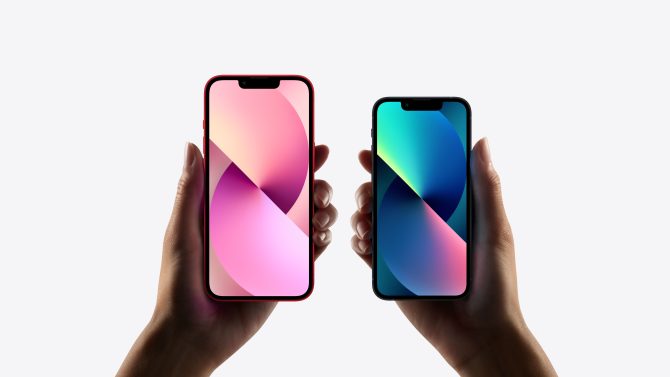 As other countries ease anti-virus curbs, exporters in China are trying to fill orders while coping with a “Zero COVID” strategy that abruptly shuts down cities for a week or longer to contain outbreaks. In a statement, Foxconn said it is using “closed-loop management” in Zhengzhou, an official term for having employees live in their workplace with no outside contact. The company said it was providing three meals a day. It did not say when those measures began.

Foxconn was under pressure from Apple

Foxconn, also known as Hon Hai Precision Electronics Inc., didn’t respond to questions about how many employees were infected, whether new cases were occurring or to complaints that people who were sick in early October received no treatment. The activist group China Labor Watch said Foxconn was under pressure from Apple to maintain its output of the iPhone 14 during its “peak production season.” It said the factory in Zhengzhou, with 90 assembly lines, is the main iPhone assembly site.

Apple didn’t respond to questions about how production might be affected. The Foxconn statement said the company would coordinate with other factories to “reduce any potential impact.” It wasn’t clear how many workers left the factory, which Foxconn says employs about 200,000 people. The employee in Zhengzhou and social media posts said as many as half had left.

President Xi Jinping’s government faces mounting public frustration over controls that have confined tens of millions of people to their homes. That has boiled over into protests and fights with police in Shanghai and other cities. Foxconn, headquartered in Taipei, Taiwan, is the biggest contract assembler of smartphones and other consumer electronics. Its factories, with hundreds of thousands of employees, are among China’s biggest private employers.

No one took care of workers

Companies are required to pay for anti-disease controls and monitoring of employees for possible infections. That gives them an incentive to cut corners. Those with large workforces might miss violations. Foxconn reacted slowly, according to news reports, China Labor Watch and the employee reached by phone in Zhengzhou.

“At the beginning of the outbreak, no one took care of the workers that were confirmed as having contracted the virus,” said the employee. “No food and no medicine.”

Later, when employees who tested positive were quarantined, Foxconn used sites including nearby unfinished apartment buildings, according to China Labor Watch. Employees complained that the food the factory provided was poor quality. Employees who live in crowded factory dormitories worry about neighbors who test positive and are released after one week in quarantine, said the employee in Zhengzhou.

No choice but to leave

“They have no choice but to leave,” he said.

Videos on social media showed people said to be Foxconn employees climbing over fences and walking down a road with their belongings. It was impossible to confirm whether all the videos showed Foxconn employees. Volunteers from nearby villages put out food and drinks for the workers. Governments of cities near Zhengzhou appealed to Foxconn workers to report to authorities in their hometowns to undergo quarantines. Foxconn and the city government of Zhengzhou announced Sunday they would arrange transportation for employees who want to leave.

“The welfare of our workforce is a priority,” the Foxconn statement said. It appealed for “understanding and support.”

“Zero COVID” has helped to keep China’s infection numbers low but at a rising cost that has prompted warnings the ruling party needs a less disruptive strategy. Restaurants and other small businesses have shut down due to high costs and plunging revenue.

Harmonize COVID policies with rest of the world

The economic impact of anti-virus controls is so severe that foreign companies are shifting planned investments to other countries, business groups say. Apple Inc. recently announced it will also make its iPhone 14 at a Foxconn factory in India. Fewer than one in five companies surveyed by the American Chamber of Commerce in Shanghai rank China as No. 1 in investment plans, down from 27% last year, according to the chamber. It said travel curbs and quarantines have “dulled the desire” of executives to visit.

“Unless China harmonizes its COVID policies with the rest of the world, this fall from favor may be repeated next year,” the chamber said in a report.

Auto factories, securities firms and and some other companies in Shanghai kept operating under “closed loop” conditions after the city shut down in March following virus outbreaks. They paid bonuses of up to 100% of salary to employees, according to Bettina Schoen-Behanzin, a vice president of the European Union Chamber of Commerce in China.

“The costs are quite high,” she said.