“North American EMS bookings improved in the last month, hitting a high for the year, a sign that demand for durable goods still has some life despite the slowing macroeconomic environment,” said Shawn DuBravac, IPC’s chief economist. “Shipments remain healthy for a second consecutive month, a hopeful sign that severe supply chain constraints are behind us.” 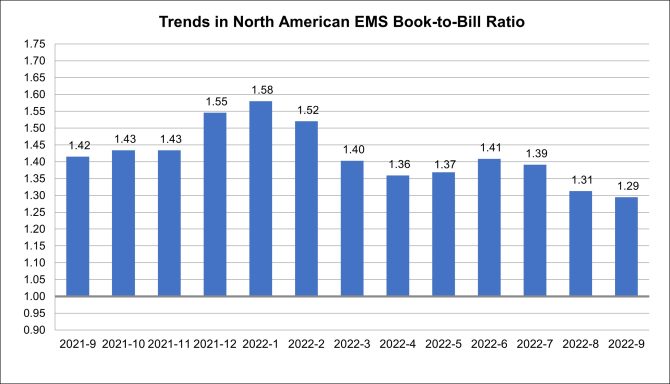