PON networks are characterized by a tree-like network topology that allows to serve multiple customers with a common strand of fiber connected to a single optical line terminal (OLT) in the operator’s central office. This makes for a cost-effective deployment scenario, but it also impacts how packets travel the network: downstream traffic is sent over the network continuously, while upstream traffic is transmitted in bursts (within allocated time slots, preventing collisions). 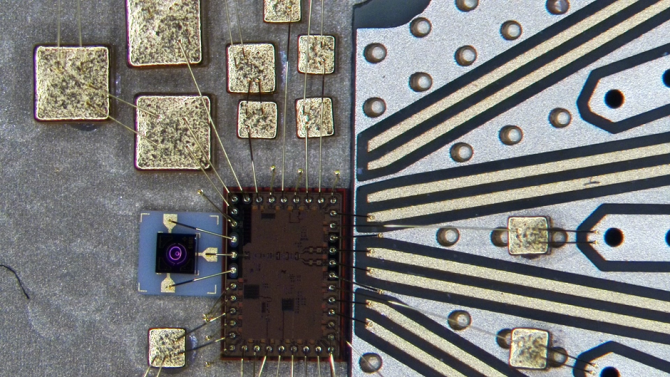 Top view of the burst mode receiver, wirebonded with a photodiode onto a pcb. Source: IMEC

With 10G PON sales skyrocketing and the first 25G PON solutions being commercially introduced, PON technology is evolving rapidly. Still, especially in the upstream direction, several challenges remain to be addressed before next-gen (50G and 100G) PONs can be rolled out.

Upstream packets arriving at an OLT’s receiver may exhibit a large dynamic range of optical powers. This is due to the differential path loss of the optical distribution network, as well as the variation in optical network terminal (ONT) transmitters’ launch powers. Secondly, the distance between an OLT and its ONTs is a determining factor too (ranging anywhere between a few hundreds of meters, up to a few tens of kilometers).

“As those effects are compounded even further by the high speeds at which next-gen PONs operate, it will be crucial to make sure that all packets arriving at the OLT end up having roughly the same signal strength. Moreover, this must be done with minimal overhead – i.e. no more than a few tens of nanoseconds,” says Gertjan Coudyzer, senior researcher in analog/mixed signal IC design at IDLab, an imec research group at Ghent University and the University of Antwerp (Belgium). “Our novel chip does exactly that, allowing us to use each packet – and the network as a whole – to the fullest, maximizing its speed, reach and throughput.”

Gertjan Coudyzer: “During our experiments, we have been able to validate the chip’s linear burst-mode operation; a linearity not only enabling signal equalization, but also paving the way for PAM-4 as a future PON modulation format – doubling the bitrate compared to the use of NRZ. This world’s first is a breakthrough to facilitate the future roll-out of large-scale 100G PONs.”

“Rolling out a fiber network is a huge investment. Once it has been deployed, operators want to leave their network untouched for at least a couple of decades. Today’s announcement confirms that operators’ networks are future-ready, and capable of supporting higher bandwidths should the need for that arise,” adds Peter Ossieur, program manager high-speed transceivers at IDLab. “Going forward, we are looking at the ITU-T to pick up our development and include it in their standardization efforts.” 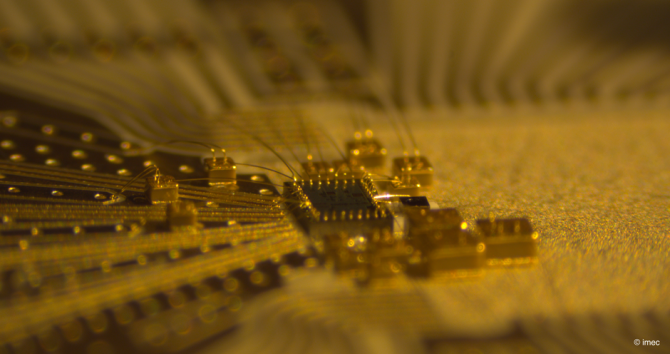 The TIA chip is fabricated in a 0.13 μm SiGe process. It comes with a power consumption of 275 mW (on average) from a 2.5 V supply. Its total settling time is well under 150 ns, meeting the typical PON target preamble time.

Growing gap between end-users and the central office

“Future challenges will continue to be closely linked to the (growing) distance between end users and the central office – as telecom operators try to expand their customer base to more rural areas. Hence, strategies to flexibly provide different customers with different PON flavors from the same OLT will continue to gain momentum, requiring new digital signal processing approaches, updates to the optical receivers, and the development of increasingly linear circuits. Those are exactly the topics that rank highly on our research agenda; topics on which we continue to welcome the input and involvement of partners,” Peter Ossieur concludes.