The DMZ at Toronto Metropolitan University announced that it is continuing the expansion of its global incubator network with the re-opening of its New York City location.

Located in the heart of downtown Manhattan’s Financial District, DMZ NYC will act as a softlanding for start-ups who are ready for U.S. expansion and are actively looking to meet with potential customers, partners, and investors. The space, which tech companies can apply to work from for a set period of time, helps founders and their teams work both productively and comfortably with access to communal lounge and workspaces, conference rooms, an espresso bar, and an on-site fitness studio equipped with shower facilities. 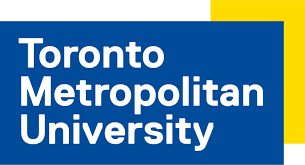 “One of the world’s top start-up ecosystems and financial powerhouses, expanding into the United States can serve as a major turning point for companies, said Abdullah Snobar, the Executive Director of the DMZ and CEO of DMZ Ventures. “Our main objective with DMZ NYC is simple — we want to advance the profile of Canadian start-ups in the U.S., while also attracting American investors, partners and customers to come north.”

The new office boasts more desk space than the DMZ’s former New York office, which first opened in 2017. Over three years, DMZ NYC supported nearly 60 start-ups before it closed amid travel restrictions during the pandemic. “The DMZ office in New York was a great soft-landing spot for Sampler,” explained Marie Chevrier Schwartz, CEO and Founder of Sampler, a DMZ alum. “Our first New York employees were able to leverage the space day-to-day, and our Canadian teammates who were visiting for client meetings could also drop by easily. Having that resource was a game-changer for us because of how much business we do in the U.S., and specifically, in New York.”

“This New York City office will play a pivotal role in helping Canadian start-ups expand their international presence,” said the Honourable Mary Ng, Minister of Small Business, Export Promotion, and International Trade of Canada. “This will empower Canadian businesses and connect them to the necessary support networks so they can sell their products and services abroad. This is how we build a robust economy that works for everyone and is driven by Canadian-led global business.”

The new DMZ NYC office will also build bridges with trade and investment offices across levels of government, giving start-up founders the opportunity to connect with key players who are also committed to their companies’ success. “We look forward to giving start-up founders – including Trade Commissioner Service clients participating in the Canadian Technology Accelerator program – the opportunity to connect with key players in the New York ecosystem who are committed to their companies’ success,” said Saliou N. Babou, Consul and Head of Innovation at the Consulate General of Canada in New York.

Start-ups around the world who are ready to explore the U.S. market, seek international investment and scale global operations can apply to work from DMZ NYC. Eligibility requirements and more information about DMZ NYC can be found at dmz.to/NYC