Can standardization be achieved within the graphene industry?

Graphene is a two-dimensional material that could potentially have a significant impact on next-gen technology, but it could be argued that nobody agrees about what exactly that material is – with manufacturers offering a range of materials with different characteristics, all sold under the umbrella term ‘graphene’.

The true description of graphene is that of a single atomic layer of carbon atoms arranged in a hexagonal array. However, the nanocarbon material landscape is much more complicated than this simple statement, with single-layer, few-layer, multi-layer, graphene nanoplatelets (GNPs) and both graphene oxide (GO) and reduced graphene oxide (rGO) all to be considered as types of graphene

Having investigated the nanocarbon industry for more than a decade, IDTechEx has released the latest version of its graphene report, which includes granular 10-year volume and value forecast segmented by end-use applications. As part of this long-standing investigation into the nanocarbon industry, IDTechEx has spoken with leading members of the graphene industry, and one clear takeaway from many discussions was the need for reliable standardization. 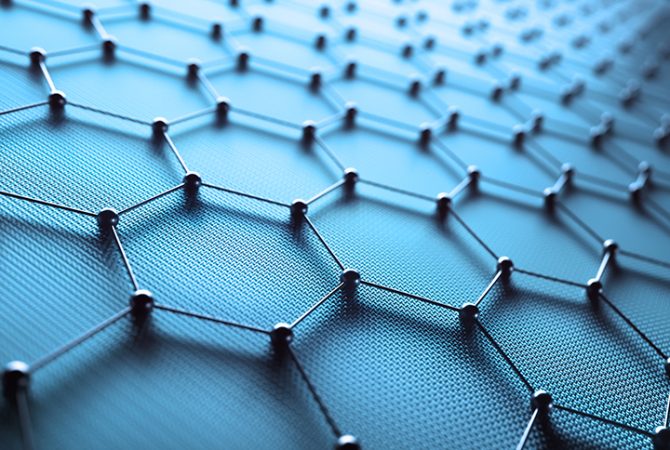 Customers stated that various suppliers providing graphene materials that were interchangeable in the application stage would increase their confidence in scaling up the production of their graphene-enhanced products. The majority of graphene manufacturers gave an impression of desiring standardization to ensure all products being sold as ‘graphene’ are indeed graphene. This removal of graphitic material from the graphene industry would negate the possibility of potential customers receiving inadequate material and losing faith in the enhancement that graphene could offer.

The current state of affairs requires regulatory approval to sell materials into certain regional markets, with governing bodies including EPA, FDA, and REACH. An example of the benefit of achieving such accreditation can be seen with NanoXplore, who announced in August of 2021 that they had entered into a consent order with the EPA under the Toxic Substances Control Act.

This consent order permits NanoXplore to provide its graphene material as an additive for a range of composite materials, such as plastics and elastomers, “with no annual volume limitation”. This announcement came on the back of a supply and distribution agreement with Gerdau Graphene, supporting the ability to expand industrial-scale graphene applications into the Americas. NanoXplore have also been active in establishing the “Graphene REACH registration consortium” in Europe alongside AGM and the Sixth Element, and have since been joined by other companies such as First Graphene, etc.

It could be considered beneficial for all within the industry if regional regulatory bodies referenced a uniform standard when setting their individual regulations. Several players have come together in a consortium to develop an International Organization for Standardization (ISO) approved framework for commercially available graphene materials. Technical Committee (TC) 229 has been established with respect to nanotechnologies and is tasked with developing standards across a range of parameters. It is not a straightforward project with numerous variables that must be accounted for – beyond the obvious physical dimensions such as lateral size, thickness, number of layers, and aspect ratio.

In total, the ISO/TC 229 will endeavour to establish base values for 19 measurable characteristics within a graphene material – including the aforementioned physical dimensions but also accounting for other criteria such as oxygen content, functionalization, and structural defects. Some GNPs fall outside the scope of the ISO definition of graphene but still bring value to the nanocarbon market given the low cost of manufacturing and value-add as a composite additive.

Ranging from biotech to composites to next-generation electronics

However, despite this effort to achieve a globally accepted standard for graphene and its derivative materials, it is noted by IDTechEx that a standard is only as valuable as the number of regional regulatory bodies that adhere to said standard. The benefit of an accepted standard could see confidence in the industry soar with respect to both quality of product and ability to procure said product from several suppliers, with a potential for subsequent growth in production of graphene-enhanced products. With applications ranging from biotech to composites to next-generation electronics, we need to agree on how to define the material that could shape the world of tomorrow – today.

IDTechEx draws a comparison with the current process of achieving regulatory approval from the EPA for CNTs. In April 2022, a bipartisan group of Michigan members of Congress sent a letter to the EPA on behalf of GM and LG, urging the approval of CNTs to be expedited, with a proposed opening of a manufacturing facility in Michigan dependent on approval being granted. Achieving regulatory approval is not a quick or easy process, and at times can be prohibitively expensive. These are all barriers to achieving standardization for a young industry such as graphene, but the example of CNTs shows that the involvement of one or more multinationals can accelerate the process due to existing capital and lobbying capability.
————————

For more details on the range of applications available via the various types of graphene materials, see the IDTechEx market report Graphene Market & 2D Materials Assessment 2023-2033.