The Chinese government called on Washington to repeal its technology export curbs after chip designer Nvidia Corp. said a new product might be delayed and some work might be moved out of China.

The latest controls add to mounting U.S.-Chinese tension over technology and security. American officials say they need to limit the spread of technology that can be used to make weapons. 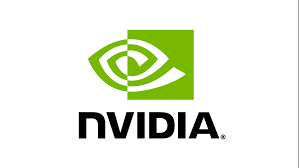 Nvidia said it was told Friday it needs a U.S. government license to export any product with performance equal to its A100 graphics processing chips or better to China, Hong Kong or Russia. It said buyers of the A100 and development of the newer H100 might be affected. China’s Commerce Ministry accused Washington of abusing export controls to limit semiconductor sales to China. It said trade curbs would disrupt supply chains and global economic recovery.

“China firmly opposes this,” said a ministry spokesperson, Shu Jueting. “The U.S. side should immediately stop its erroneous practices, treat companies from all countries equally, including from China, and do more to contribute to world economic stability.”

U.S. officials increasingly worry about Chinese technology development as both a strategic threat and a potential challenge to American industrial leadership. Washington has tightened controls and lobbied allies to limit Chinese access to the most advanced chips and tools to develop its own. China is spending heavily to develop its fledgling producers but cannot make high-end chips used in the most advanced smartphones and other devices.

Nvidia said it may be required to “transition certain operations out of China.” The company said it was asking the U.S. government for exemptions for its development and support activities.

It said it would try to meet Chinese customer needs with products that aren’t subject to license requirements. It said the company may seek a license for customers that need them but “has no assurance” the U.S. government will agree.