A next-generation diabetes monitor that analyses breath might soon mean no more needle pricks to check blood sugar levels. The device uses gas sensors to measure breath instantly, then links via Bluetooth with a program on a mobile device to give a readout.

Distinct biomarkers in exhaled breath carry a subtle signature that the device picks up before the app uses a deep learning algorithm to produce rapid individual results. Nathalia Nascimento, a postdoctoral researcher in the Cheriton School of Computer Science at the University of Waterloo, and a team of researchers and health professionals are developing the new health-tech through a startup company called OrientaMED. 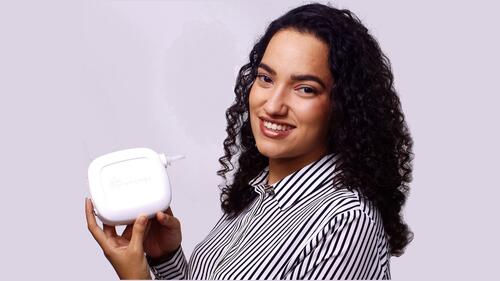 “It’s about the size of a mobile phone and also has a detachable mouthpiece,” Nascimento said. “We’ve developed it through a series of prototypes and are getting set for clinical trials.”

The researchers had initially investigated the use of gas sensors to identify various diseases through breath before being encouraged to focus on diabetes specifically since there is nothing of the kind in the field.

“There are many possible uses for the same technology,” Nascimento said. “So many people are living with diabetes and have to go through an uncomfortable daily routine. Our product is hopefully going to make things a little easier.” 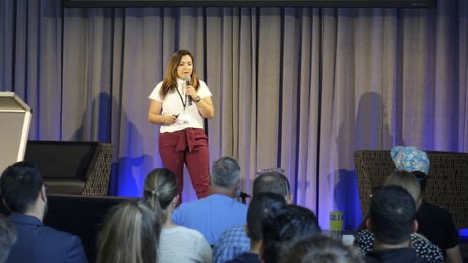 Glaucia Melo dos Santos of OrientaMED presenting at the Concept 5K startup challenge. OrientaMED was among the winners of the recent Velocity-sponsored contest. Source: University of Waterloo

The fledgling company has already received support from the European Union, Brazil and health-tech companies. Nascimento said they are now looking to form a partnership as they begin controlled human trials of the product ahead of release to the public.

“We know it will take about six months to do the trials, then another six months to go through the regulatory review process,” she said. “We’d realistically hope to be able to manufacture the device and start to get it into the world in the next year or so.”

Even ahead of any public release, the new technology is creating excitement. The team has been involved in several startup contests and was recently the winner of the Waterloo-sponsored Concept 5K Challenge. The competition was the culmination of the term end and the largest event for Velocity student participants. Along with Nascimento, the OrientaMED was founded by biotech researchers Jullia Moraes Nascimento and Rheyller Vargas. 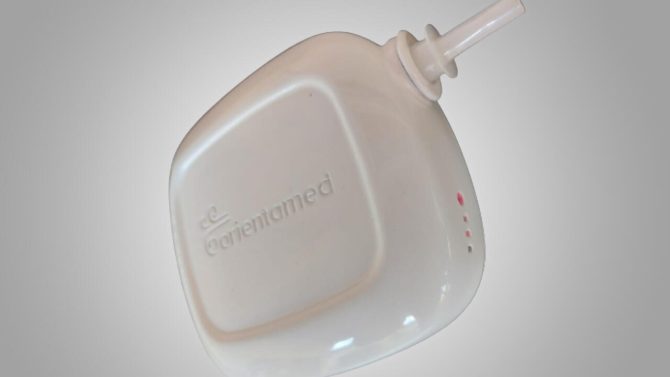