Thousands of tech workers started hunting for new jobs as layoffs rippled across the industry in recent weeks, but many say these workers won’t be on the market long. A wave of companies in the tech sector and beyond are lining up to lure in some of the highly-specialized workers startups and tech giants have let go as investor exuberance around the industry faded over the last few months.

“The good ones are getting picked up in like an hour and if not, in a day or two,” said Abdullah Snobar, executive director of the DMZ tech hub in Toronto. 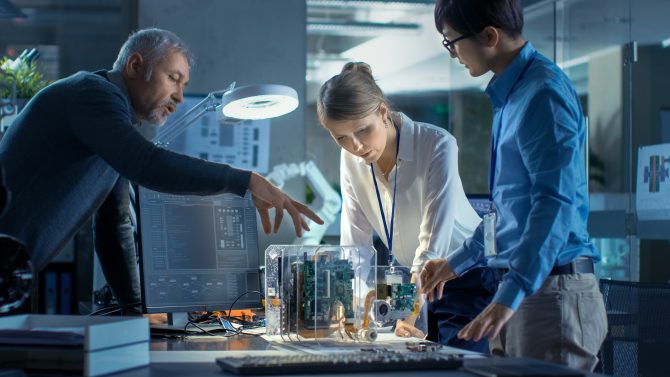 Many people on a circulating list of Wealthsimple employees laid off on June 16 were snagged quickly, he added.

Software development and engineering are coveted

Layoffs.fyi, an aggregator tracking global labour trends, found 140,388 workers lost tech jobs since the start of the COVID-19 pandemic, including 34,627 who were cut in the second quarter of 2022. Workers from companies with big names like Twitter, Netflix and Substack have been impacted, along with those at startups such as Ritual, Clutch and Goodfood Market Corp. Many work in areas like software development and engineering that are coveted by employers.

Sumeru Chatterjee, who served as head of content and community for Vancouver-based education technology company Thinkific, was laid off in April with about 100 others. He’s now building his own company.

He estimates 10 to 15 per cent of his laid-off Thinkific colleagues took a break to evaluate what they want to do next because they “haven’t looked up from their desks in the last five to seven years.” Two-thirds of the group immediately dove into the job search and found similar roles, but asked their new employers tougher questions about things like the stability of the company during this pullback.

“These are questions I never asked my previous employers or have received as an employer and these tend to be questions around cash flow, runway and profitability,” he said.

“You know, asking the employers if they’ve done layoffs in the past and why and how, asking employers do you have tough conversations internally? And if so, what do they look like?”

Chatterjee’s colleagues were scooped up in part because tech talent has long been in short supply as companies discover a need for workers specializing in digital operations, e-commerce and software or hardware development. A 2019 report from the Information and Communications Technology Council, a not-for-profit organization offering labour policy advice, predicted demand for digitally-skilled talent in Canada would reach 193,000 by 2022 and more than 305,000 by 2023.

A 2020 addendum accounting for COVID-19 forecast that demand would be reduced by nearly 24 per cent and said under new baseline scenarios, the digital economy is expected to experience demand for 147,000 workers by 2022, with total employment reaching nearly two million. The 2019 government-funded report listed software developers, data scientists and analysts, cybersecurity workers and IT support specialists among the most in-demand positions. It also included results of an online survey of 289 employers, where 54 per cent that said mid-level employees with three to six years of experience were very difficult to source.

“We’re having as hard a time finding someone who can be … a program lead as we are trying to find a developer,” Snobar said. “Talent, in general right now, has been difficult to find.”

To snag staff, some companies have to pay more. Snobar heard from a startup struggling to replace a staffer that only had four years of experience but was grabbed by a San Francisco brand willing to pay $300,000.

“It’s just insane to me,” said Snobar. “These guys are getting poached and by the big players…so for startups, you have to find people that are driven not just by dollars, but also by dreams.”

A downturn could give them an edge

To compete for tech talent with Silicon Valley firms and buzzy startups, companies in other sectors have tried to mirror some of their benefits and policies, including splashy offices with foosball tables and Friday socials, and even unlimited vacation. A downturn could give them an edge, said Leah Nord, senior director of workforce strategies for the Canadian Chamber of Commerce.

“This is their opportunity to open people’s perspective and say ‘maybe you haven’t thought about this (job), but you can be doing interesting, engaging work with a bank, with an insurance company,”’ she said.

That strategy is playing out at Thomson Reuters Corp., where recruiting is underway for 120 tech jobs, including engineers, data analysts and product managers.

“It’s never easy to find great tech talent, but certainly more talent available in the market does help with that,” said Shawn Malhotra, global head of engineering at the media conglomerate.

Royal Bank of Canada is also in hiring mode. The financial institution added about 2,000 tech workers last year and is on track to add the same number this year.

The chance to work on cutting-edge technology

While Emily Mercier stresses there’s no one factor that lures in a tech worker, she said RBC’s history of surviving headwinds is a selling point, especially as some predict a recession.

“Security and stability, regardless of market environment, are always going to be attractive to individuals and I don’t think that technologists are excluded from that,” said the chief operating officer of RBC’s technology and operations business.

Accounting software company Intuit Canada is also stressing stability and the chance to work on cutting-edge technology as it hires 250 people over the next fiscal year.

“Some (workers) are looking for more meaningful roles or you’re in smaller startups that….don’t have the stability and you hit an economic bump like we are in right now, so suddenly their jobs are redundant,” said David Marquis, the company’s country manager.

“It’s a really great sweet spot because we’re stable enough that we’re not going to do layoffs and we’ve got a huge runway, in terms of growth.”