A group of Canadian technology companies is calling on the Quebec premier to pause a bill requiring immigrants to learn French within six months of arriving in the province.

The 37 companies argued in a Tuesday letter to Francois Legault that the time frame immigrants have before they must use French for official purposes under Bill 96 is “an unrealistic deadline” for people adapting to a new home and could “do enormous damage to the province’s economy.” 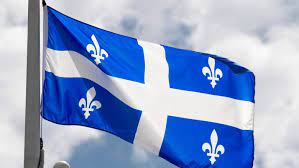 The letter orchestrated by the Council of Canadian Innovators (CCI) and signed by Coveo, Sportlogiq, CloudOps and Petal executives describes the deadline as difficult to meet because the province won’t have language supports in place for newcomers through government entityFrancisation Quebec until 2023, despite the bill receiving royal assent in June.

“By the time your government creates Francisation Quebec, the law will already have discouraged global workers from choosing Quebec as a new place to build a life and grow a family,” the letter reads.

In lieu of immediate support from Francisation Quebec, many companies are willing to bring tutors or teachers into their offices to help immigrant workers learn French, but there is a shortage of instructors, said CCI president Benjamin Bergen.

“Even companies that are being extremely proactive and really trying to work to integrate their teams, they’re facing challenges,” he said.

They also fear the language requirement for immigrants could impede the province’s ability to compete for tech talent and worsen existing developer and engineer shortages.

The Quebec government estimated last year that 10,000 jobs needed to be filled in the information technology and communications sectors. If the province doesn’t heed CCI’s letter, the chief executive of Quebec-based cancer drug development company Repare Therapeutics said it’s inevitable new businesses won’t set up in Quebec and existing firms will have to branch out of the province or even leave.

That “chilling effect” has already set in, said Bergen. He’s heard of highly-skilled workers reconsidering moving to Quebec and CCI member companies mulling opening offices in Toronto, Halifax and Vancouver as a way to lure in talent.

‘Francization’ – government certification for use of French

Before such effects become even more rampant, CCI and the signatories want the government to work with businesses to come up with a better plan that “doesn’t end up causing more harm than good for our economy and province.” The bill, which the Quebec national assembly voted to pass in May, has also faced calls for change from the Quebec Retail Council and the Quebec Manufacturers and Exporters.

Aside from the requirements for immigrants, the bill subjects companies employing at least 25 people to “francization” – government certification that use of French is generalized in the workplace – down from 50 currently. Under the bill, the French-language watchdog will be able to withhold grants or subsidies to those who do not comply.

The Canadian Federation of Independent Business estimated implementation of the bill will cost a 50-employee company between $9.5 million and $23.5 million.