BlackBerry forecasts its revenues to double in five years

Cybersecurity is expected to be the largest component

BlackBerry Ltd. is forecasting that revenues will nearly double over the next five years with growth from internet of things (IoT) outpacing cybersecurity.

The Waterloo, Ont.-based company, which reports in U.S. dollars, says it expects revenues excluding contributions from licensing should reach US$1.2 billion in fiscal 2027 and US$886 million in 2025, up from US$655 million last year.

The projected revenues outlined during its annual analyst summit represent a 13 per cent compounded annual growth rate over five years. Cybersecurity is expected to be the largest component, increasing to US$770 million in five years from US$477 million in fiscal 2022. 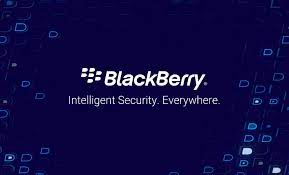 However, its compounded annual growth is forecast to be half of the 20 per cent CAGR for IoT. IoT revenues, excluding potential contributions from BlackBerry IVY, are expected to reach US$443 million, from US$178 million last year.

BlackBerry is also targeting an average increase of at least 100 basis points in adjusted (non-GAAP) gross margin annually to fiscal 2027, investing about 30 per cent of revenue on research and development in 2023, and generating positive adjusted earnings per share and cash flow beginning in 2025.

BlackBerry and Magna International Inc. also announced Wednesday that they’ve entered into an agreement on various integrated advanced driver assistance systems (ADAS) solutions. BlackBerry will provide the auto parts manufacturer with its QNX software as well as engineering services. The value of the agreement wasn’t disclosed.

“With software now being a driving force in the automotive industry, delivering compelling solutions that are seamlessly integrated into a vehicle allows OEMs to differentiate themselves,” stated John Wall, co-head of BlackBerry Technology Solutions, in a news release.

“Magna’s ADAS expertise and unique ability to integrate system solutions into various vehicle applications gives us a competitive advantage,” said Sharath Reddy, senior vice-president of Magna Electronics, adding that collaborations like this one help with the speed in bringing the services to market.