This new infusion of capital will help Lithion carry out the three pivotal steps in its industrialization plan: 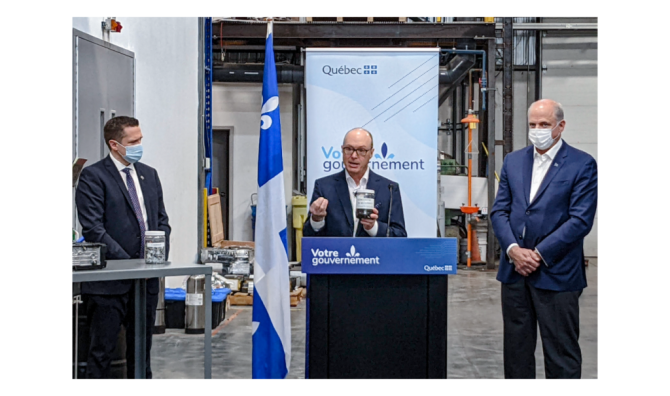 The support of the Quebec government reflects its commitment to developing Quebec’s battery industry as the demand for battery materials increases. End-of-life batteries and production wastes will be sustainably re-valorized, reducing carbon emissions from new battery production.

“Lithion aims to provide the industry with the sustainable development technology required to build a circular economy for batteries,” says Benoit Couture, president and CEO of Lithion Recycling Inc. “Technological advances and process optimization effected in our demonstration plant over the past two years increased the attractiveness to global players in the transportation electrification ecosystem who want to license the Lithion solution to address the needs of their local markets.”