One of Canada’s leading autonomous vehicle experts has unveiled a way to help self-driving vehicles develop intuition and experience away from the road. Raquel Urtasun’s Toronto-based company Waabi revealed Wednesday that it has built a high-fidelity, closed-loop simulator, helping engineers test, assess and ultimately develop a car’s “brain,” so it can learn to safely drive on its own.

The simulator uses data and artificial intelligence to build a realistic virtual world that can present both common and “once-in-a-lifetime” scenarios _ erratic driving, a car cutting into a lane unexpectedly or merging onto a highway during rush hour _ to stress-test autonomous vehicle software. 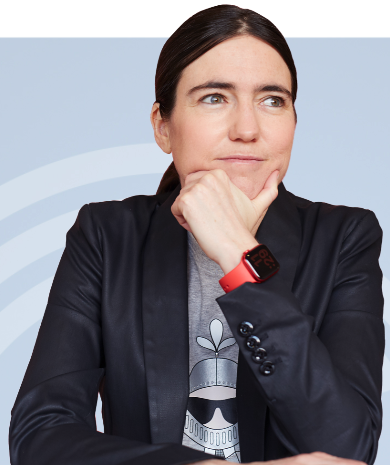 AI and self-driving pioneer Raquel Urtasun is the founder and CEO of Waabi. Source: Waabi

By using the simulator, the software automatically learns from its mistakes and develops instincts and intuition that would take a fleet of autonomous vehicles years on the road to build up.

“Oftentimes you will see companies say, ‘We drive millions of miles in the real world’ and that’s actually in my opinion a negative, because they require all the driving in order to really understand or see when the system fails,” said Urtasun, who served as the chief scientist for Uber’s autonomous vehicle efforts until she struck out on her own last year. “That’s very, very time consuming, very expensive, and not necessarily the safest way to the way be developing this technology.”

Finding the needle in the haystack

With Waabi World, a vehicle gets immediate feedback, so it can rapidly change its approach. That means it can slash the high numbers of miles it currently takes to expose a self-driving vehicle to what it would encounter in the real world, including uncommon situations that are hard to replicate safely.

“It’s like finding the needle in the haystack … and you don’t want to wait to the real world to see a problem,” said Urtasun.

Using Waabi’s simulator, which was created in just six months, doesn’t eliminate the need for a car to drive on a physical road during development, but it reduces driving and development time, slashes costs and in some cases, cuts the number of vehicles companies need for testing.

The small fleet Waabi is building will still hit the road in tandem with its use of the simulator to test how well its virtual training helps the vehicle learn compared with real-world experience. Urtasun does not plan to license Waabi World to competitors, but imagines the simulator will be helpful for regulators that will eventually have to assess self-driving vehicles and find ways to safely and quickly evaluate the car’s performance.

For now, Urtasun is focused on advancing her fleet. The company will work first on the logistics and long-haul trucking industries because of the extreme driver shortages and surging demand they are seeing, but Waabi’s technology could easily be applied elsewhere.

Dozens of companies ranging from automakers Ford, Audi and Tesla to tech brands such as Apple, Microsoft and Google have joined the race to develop autonomous vehicles. Uber was a key player until decided to sell its six-year-old self-driving venture – called the Advanced Technologies Group – to Silicon Valley startup Aurora.

Urtasun was recruited from a University of Toronto professor job to run Uber’s Toronto ATG unit in 2017 and then promoted to become its chief scientist a year later. Autonomous vehicle development has focused more intensely on safety after the world’s first death caused by an autonomous vehicle occurred in 2018, when an Uber test car struck and killed Tempe, Ariz. woman Elaine Herzberg.