The United States has lost its historic dominance in a foundational area of electronics technology – printed circuit boards (pcbs) – and the lack of any significant U.S. Government support for the sector is leaving the nation’s economy and national security dangerously reliant on foreign suppliers.

These are among the conclusions of a new report published by IPC, the global association of electronics manufacturers, which outlines steps that the U.S. Government and the industry itself must take if it is to survive in the United States. 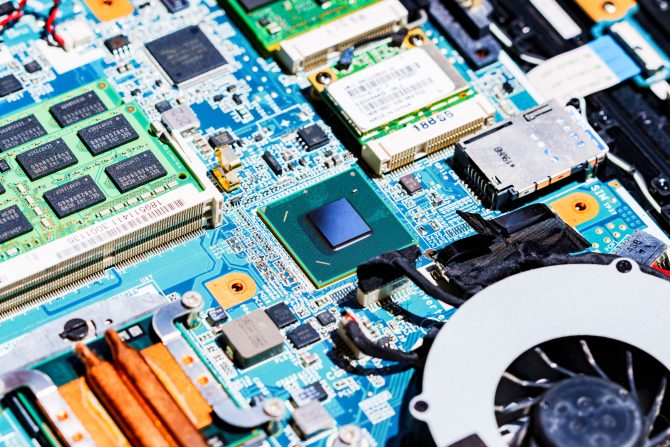 The report, written by industry veteran Joe O’Neil under IPC’s Thought Leaders Program, was prompted in part by the Senate-passed U.S. Innovation and Competitiveness Act (USICA) and similar legislation being prepared in the House. O’Neil writes that for any such measures to achieve their stated goals, Congress must ensure that printed circuit boards (pcbs) and related technologies are covered by it. Otherwise, the United States will become increasingly unable to manufacture the cutting-edge electronics systems it designs.

“The pcb fabrication sector in the United States is in worse trouble than the semiconductor sector, and it’s time for both industry and government to make some significant changes to address that,” writes O’Neil, the principal of OAA Ventures in San Jose, California. “Otherwise, the pcb sector may soon face extinction in the United States, putting America’s future at risk.”

Since 2000, the U.S. share of global pcb production has fallen from over 30% to just 4%, with China now dominating the sector at around 50%. Only four of the top 20 electronics manufacturing services (EMS) companies are based in the United States.

Any loss of access to China’s pcb production would be “catastrophic,” with computers, telecommunications networks, medical equipment, aerospace, cars and trucks, and other industries already dependent on non-U.S. electronics suppliers.

To fix this problem, “the industry needs to intensify its focus on research and development (R&D), standards, and automation, and the U.S. Government needs to provide supportive policy, including greater investment in pcb-related R&D,” O’Neil says. “With that interconnected, two-track approach, the domestic industry could regain the ability to meet the needs of critical industries in the coming decades.”

Adds Chris Mitchell, vice president of global government relations for IPC, “The U.S. Government and all stakeholders need to recognize that every piece of the electronics ecosystem is vitally important to all the others, and they must all be nurtured if the government’s goal is to re-establish U.S. independence and leadership in advanced electronics for critical applications.”

IPC’s Thought Leaders Program (TLP) taps the knowledge of industry experts to inform its efforts on key change drivers and to offer valuable insights to IPC members and external stakeholders. TLP experts provide ideas and insights in five areas: education and workforce; technology and innovation; the economy; key markets; and environment and safety

This is the first in a planned series by the IPC Thought Leaders on gaps and challenges in the pcb and related electronics manufacturing supply chains.