Key challenges to overcome in IIoT

Important when selecting your next IIoT command and control interface

Embedded command and control interfaces are at the heart of all Industrial IoT (IIoT) devices, providing fundamental internal connectivity between peripheral devices, such as sensors, actuators and UI components, and their associated host processors.

Many of today’s IIoT devices use interfaces such as I2C (Inter-Integrated Circuit), SPI (Serial Peripheral Interface) and UART (Universal Asynchronous Receiver-Transmitter), which, over the past 30 years, have become the “go-to” interfaces in the embedded hardware engineer’s toolkit. 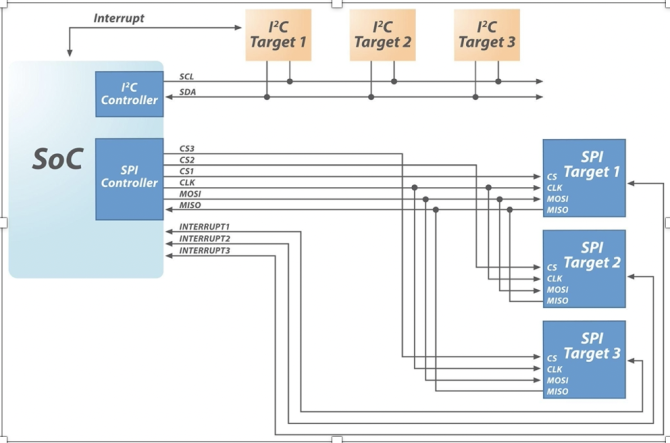 In this article we look at key trends in IIoT device design – particularly the need for higher data bandwidth and ever lower power consumption, and the drive toward miniaturization – and we consider whether current embedded command and control interfaces meet these challenges, or whether a transition to newer interfaces is required.

Established interfaces such as I2C, SPI and UART have served the embedded electronics industry well since their introduction in the late 1970s and early ’80s. But since that time, several industry advancements, prevalent not only in IIoT but also across the wider electronics industry, have placed increasing pressure on these legacy interfaces:

To solve these challenges, developers will need to implement new command and control interfaces that provide higher bandwidths, use the minimum number of wires and pins, consume the minimum amount of power and enable the whole system to minimize its power consumption.

The use of standards in these industries has created economies of scale around interfaces, reducing integration costs and enabling developers to amortize engineering costs over larger volumes of components. Standardized interfaces also promote the availability of enhanced support services such as test and software resources from a wide ecosystem of industry contributors. Standardization also improves technologies more quickly, as vendors develop more efficient ways to implement the specifications – which are then integrated into future releases. Standardized interfaces can also ease ongoing product maintenance and updates, thanks to backward and forward compatibility, while also encouraging long-term developer support.

Most importantly, the use of standards removes the burden of designing (or selecting) a proprietary interface, allowing a developer to focus on “higher value” technologies that sit higher up in the protocol stack and provide product differentiation, such as applications that leverage machine learning and artificial intelligence to provide enhanced product functionality.

MIPI I3C is the successor to I2C and provides a cost-effective, simple and flexible two-wire interface that can be used to connect sensors, actuators, controls and simple UI components to host processors. It provides performance, power and pin-count improvements over I2C, SPI and UART implementations. MIPI I3C Basic, which bundles the most commonly used I3C features for embedded developers, is also available under a royalty-free licensing environment for all implementers.

To meet the key challenges described above, I3C has been developed to provide the following capabilities:

I3C is supported by an active industry working group that continues to enhance the specification, seeking to develop ever extended path lengths, reduce power consumption and realize even lower pin counts for implementers. 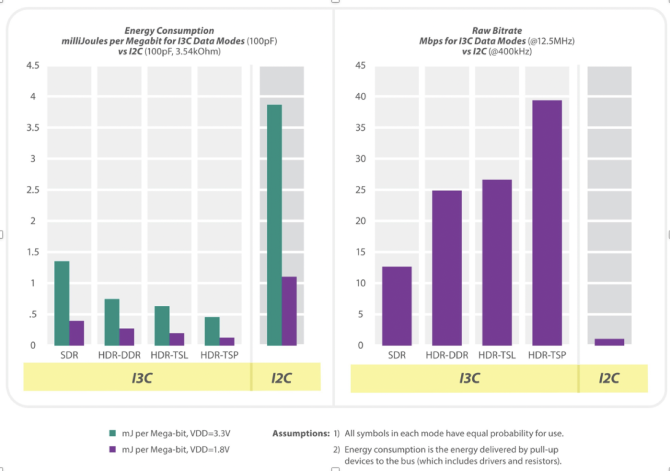