CMC Microsystems, Canada’s leading hardware technology facilitator, and AIoT Canada, an industrial cluster dedicated to promoting and accelerating the adoption of Internet of Things technologies in Canada, are proud to announce that they have formed a strategic partnership.

The Internet of Things (IoT) is the network of billions of physical devices around the world, connected to the internet, all collecting and sharing data. Through sensors and software, practically any physical device can be connected to the IoT, from smartwatches to autonomous vehicles and aircraft. With applications for the Internet of Things (IoT) poised for explosive growth in Canada and around the world, this partnership is an important step to developing innovative made-in-Canada IoT technologies. 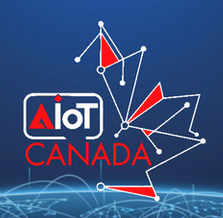 For Gordon Harling, president and CEO of CMC Microsystems, IoT devices are key to the Canadian innovation ecosystem. “There is such an incredible range of applications for the IoT. From collecting and analyzing data for healthcare, to maximizing efficiency reducing our carbon footprint, we see IoT devices being real growth drivers in Canadian tech. AIoT Canada is the premier resource for the IoT industry across Canada, so we see this partnership pushing the entire IoT ecosystem forward” said Harling.

Under this partnership, AIoT Canada will connect its industrial IoT partners to leading researchers and institutions across the country. “CMC has decades of experience and expertise working with researchers and institutions across Canada” said Michel Langelier, president and CEO of AIoT Canada. “By bringing together industry and research leaders, we can accelerate IoT growth in Canada which act as enabler for using Artificial Intelligence. CMC’s offering of training, world-class design and fabrication services at accessible rates will also be very attractive to new and emerging players in the IoT ecosystem” he said.

Both organizations will also work in concert with government partners to support the Canadian IoT sector. AIoT Canada has already lent its support to CMC’s FABrIC initiative, which will build a first-of-its-kind national network to create critically needed manufacturing capability for semiconductors and other high-value components in Canada. “In an increasingly connected world, the IoT is a sector where Canada has an opportunity to lead on the global stage and create a vibrant, high-value Canadian IoT ecosystem” they concluded.