A new survey of Canadian manufacturers has found 82 per cent of respondents are facing labour shortages and 75 per cent feel their hiring troubles are even worse than last year. The survey of 445 companies conducted by the Canadian Manufacturers and Exporters (CME) in October found a lack of workers and material shortages have caused the sector’s recovery from the onset of COVID-19 to grind to a near halt.

Dennis Darby, CME’s president, said the report released Tuesday is a reflection of an industry that was already struggling to find and retain skilled labourers and is now facing even greater challenges as the pandemic stymies immigration and causes people to rethink their careers.

“It’s probably the worst that we have seen it,” he said. “Small companies, especially, always have trouble because they often have a hard time competing on wages, but big companies are looking for skilled trades (workers), and they can’t get them.” 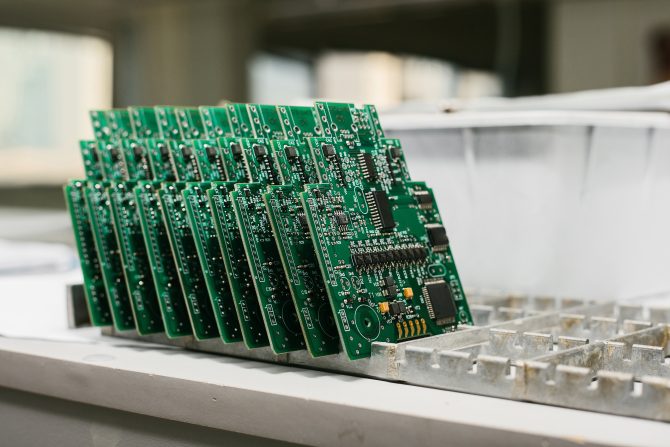 Darby attributes much of the labour shortage to a lack of immigrants during the pandemic because people typically take on manufacturing jobs when they are new to a country. The retirement of baby boomers and people leaving manufacturing jobs for other roles involving work from home, where COVID risks are lower, are factors too, he said. Women, in particular, he added, have left the industry because they have unvaccinated children at home or have childcare obligations that require flexibility.

“(Women and girls) are about half the labour force on average, but they’re only about 20 per cent of the manufacturing workforce and if you go down to the skilled trades, they’re like five per cent,” said Darby.

Overcoming these barriers is key to the health of Canada’s economy and manufacturers struggling to fill orders, he said. Forty-two per cent of the CME’s survey respondents said their companies lost or turned down contracts or paid later delivery penalties because of a lack of workers and about 17 per cent said the shortages were causing them to consider moving work outside Canada.

More than 80 per cent said their company’s workforce would be anywhere from one per cent to more than 10 per cent larger, if there were no labour shortages. The companies are most in need of workers to fill general labour and assembly jobs or to take on skilled production roles like welders and machinists.

The struggles manufacturers face in bolstering their workforce are being exacerbated by supply chain challenges that have ensnared retailers, shipping companies and just about any company making products. As people have spent increasing amounts of time at home over the pandemic, they have adapted to online shopping and sought out more electronics and goods to pass their time. But, meeting demand has been tough because of worker shortages, soaring shipping costs and wait times, a lack of semiconductors and other production materials and factory closures triggered by COVID-19, unexpected fires, cold snaps and flooding.

“Nobody predicted that ? those are the things that would cause the slowdown,” said Darby. “I think that just means that it’s going to take longer for us to come back to where we were (before the pandemic).”

CME’s survey found about 77 per cent of the respondents said attracting and retaining quality workers is their biggest concern followed by 60 per cent worried about increased material costs and 47 per cent fretting about supply chain challenges. About 88 per cent estimated their suppliers delivery times had become slower than last year and almost 90 per cent plan to increase their product prices over the next year.

Darby and the CME hope the supply chain and labour challenges can be addressed by working with the federal government to increase the number of immigrants and temporary foreign workers, while reforming hiring and training programs to better meet the needs of manufacturers. He believes it’s crucial for the industry and government to act now because the longer the country goes with a labour shortage, the more likely companies are to take their business elsewhere or turn to automation.

“We have to catch up,” he said. “It’s the only way that companies are going to be able to grow.”