Most chipmakers are based in Asia: Bloc wants to reduce its dependence

The European Commission said Thursday that it could approve aid to fund production of semiconductors in the 27-nation bloc amid a global chip shortage and intense worldwide competition to fill the need. The EU’s executive arm expects that the scarcity of semiconductors – a key component in everything from smartphones to cars – will last, affecting the region’s economy.

Automakers have been among the hardest hit by the shortage, which has slowed or halted production. Most of chipmakers are based in Asia, and the bloc wants to reduce its dependence by boosting production on its soil. 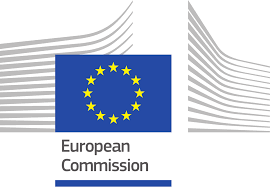 “The commission will consider approving support to fill possible funding gaps in the semiconductor ecosystem, in particular for European first-of-a-kind facilities,” said Margrethe Vestager, the European commissioner for competition.

She said safeguards will be put in place to make sure the aid is “necessary, appropriate, proportionate and of course to make sure that undue competition distortion is limited.” Vestager’s announcement followed the presentation in September of the European Chips Act, which aims to make the bloc competitive in the race for the most advanced chips by expanding research and production in the EU. Earlier this year, the bloc also launched an industrial alliance with the goal of increasing the EU’s share of the global production of semiconductors to 20% by 2030.

In the global race, the U.S. has been stepping up efforts to bolster the industry. U.S. lawmakers approved a bill earlier this year with the goal of boosting domestic semiconductor production, part of a wider rivalry with China over trade and technology. As she laid out a review of the European Union’s competition policy, Vestager said “self-sufficiency is an illusion” but insisted that the EU can’t rely on one country or company alone for chips.

$3.1 Trillion euros of aid has been approved.

“The aim should be a diversification among like-minded partners to build a resilient supply chain and to avoid single points of failure,” she said.

Meanwhile, the commission extended the State Aid Temporary Framework to support companies hit by the coronavirus pandemic until the end of June, Vestager said. Under that program, more than 3.1 trillion euros ($3.5 trillion) of aid across the bloc has been approved.

“On the one hand, the limited prolongation gives the opportunity for a progressive and coordinated phase-out of crisis measures, without creating cliff-edge effects,” she said. “This reflects the projected strong recovery of the European economy overall. On the other hand, we will continue to closely monitor the worrying rise in COVID-19 infections and other risks to the economic recovery.”