Product users continue to benefit from people's focus on health, fitness and well-being

The global pandemic has made more people aware of their health, fitness and well-being, and the smart wearables market is reaping the rewards, according to the latest report by technology analyst firm CCS Insight. Its recently published market forecast predicts that shipments of wrist-worn wearables will hit 232 million units in 2021, a growth of 20% from an already solid 2020. Of sales in 2021, 142 million units will be smartwatches and 90 million will be simpler fitness trackers.

“Smartwatches and fitness trackers clearly offer valuable benefits to their users at times when life is centred on the health of people and nations. Outdoor activities are extremely popular, so adoption of wearables is booming”, observes Marina Koytcheva, VP of forecasting at CCS Insight. 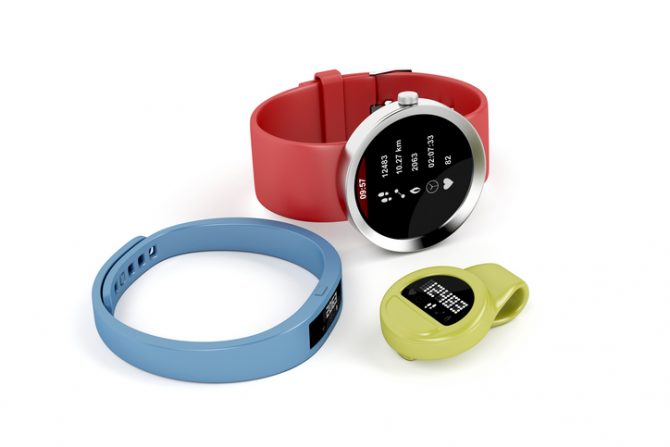 Demand is being driven mostly by new users attracted to gadgets that help keep track of activity levels and important measures of health. Leo Gebbie, principal analyst, connected devices, at CCS Insight notes, “Our latest survey of over 2,000 smartwatch users in four Western markets found that two thirds of respondents bought their smartwatch in the past 12 months, demonstrating the rapid growth in the market, and that a wide range of health tracking features were important to people when deciding which device to buy. Heart rate monitoring and sleep tracking stood out as being especially important to smartwatch buyers”.

CCS Insight expects wearables growth to continue over the next few years and shipments to reach almost 380 million devices in 2025. “A very important source of growth over the next four years will be demand from owners of Android smartphones, particularly in affluent markets”, explains Koytcheva. “Apple’s been very successful in embracing, and even creating, the popularity of smartwatches, selling over 160 million Apple Watches to date, but other manufacturers have seen mixed results.” However, a renewed attempt by Google and Samsung to tap into this opportunity with their recent partnership might be what is needed to convert more people into smartwatch users.

Gebbie observes, “Google’s refreshed commitment to wearables is arguably the biggest shot in the arm that the sector could have hoped for. In teaming up with Samsung, the companies have rebuilt the Wear OS platform and will be hoping that this can unite the non-Apple market in the same way that Android has competed with iOS. We expect to see exciting new devices running Wear OS launch over the coming months and years, growing the overall market and challenging Apple’s dominance”.

A group of businesses that will be carefully tracking this growing market is mobile telecom operators. Telcos in two markets have been particularly successful in selling smartwatches with built-in cellular connectivity: those in the US with cellular Apple Watches, and those in China with kids’ smartwatches. But people in most other markets have been tough to convince to buy connected smartwatches. Gebbie notes: “In our survey, we found that price continues to act as a real deterrent against the adoption of smartwatches with 4G LTE connectivity. Respondents told us that unless these devices come down in price, or simply cost the same as non-connected watches, they are just not that interested”.

Nevertheless, CCS Insight expects 47 million cellular-enabled smartwatches will be sold in 2021, of which 27 million will be devices for children. The total number will almost double to 85 million units in 2025, but operators have a lot of work still to do to take advantage of this opportunity.

A summary of CCS Insight’s new forecast is presented below. 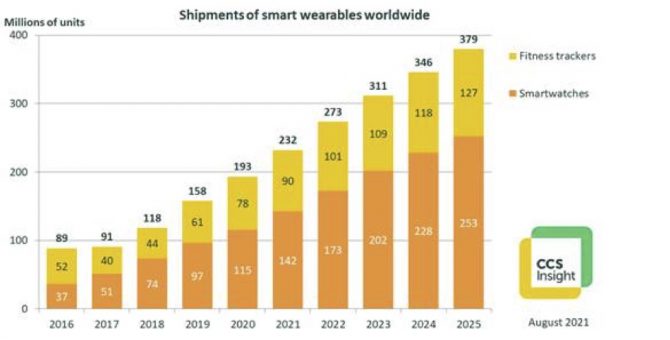 A sample finding from our survey, conducted in June 2021, showing the proportions of 2,069 active users in the US, the UK, Spain and Germany who use various smartwatch features, is presented below. 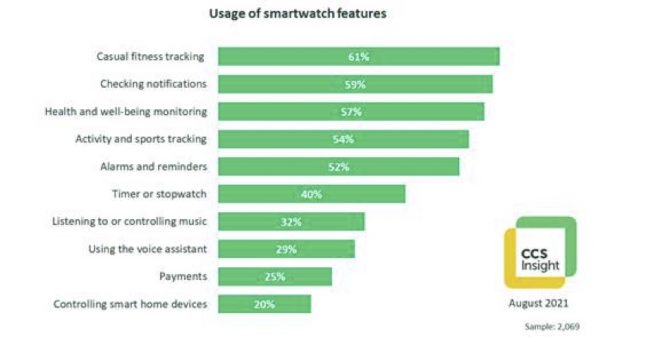