Avnu has a history of providing a successful framework for industry stakeholders to collaborate to advance TSN. This task group will allow competitors to work together to develop a testing ecosystem for silicon and IP products’ TSN capabilities at the component (and supporting software) level. Group members will collaborate on activities such as developing test plans, creating validation tools, and hosting plugfests. 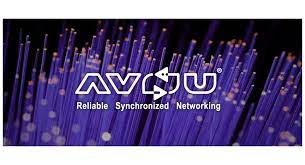 The members of the Silicon Validation Task Group have come together in recognition of the fact that interoperability is required at the silicon level to enable specialization further up the stack. TSN applications span markets including ProAV, automotive, industrial manufacturing, and aerospace. Base interoperability at the component level facilitates device interoperability across various applications and profiles, including IEEE/IEC 60802 for industrial and IEEE 802.1BA for ProAV as well as future profiles that are in development.

“As an active developer of TSN technology innovation at the silicon and system level for many years, NXP is pleased to work with our counterparts in the Silicon Validation Task Group to help craft a common set of standards for TSN,” said Jeff Steinheider, senior director and general manager, industrial edge, at NXP.  “This collaboration and the associated standards will help developers take advantage of TSN’s full potential across the spectrum of related applications.”

Interoperability at the silicon level

“We consider an open, cross-industry standard like TSN as an essential basis for successful industrial automation projects. Interoperability at the silicon level ensures that customers have more choice and flexibility when digitalizing their production.  As more companies and industries start using TSN, the huge benefits of interoperability increase – we can already see that in the plastics industry where the EUROMAP 79 standard specifies using TSN as the networking technology for injection molding machines,” saysThomas Berndorfer, member of the executive board, TTTech Industrial.

“Software, applications and profiles can all be tailored to specific use cases, but they need a stable network foundation to build on top of,” says Greg Schlechter, president of the Avnu Alliance. “The Silicon Validation Task Group includes key market players who can identify what TSN interoperability means for basic network components, and how we can get interoperable products to market.”

Success is centered around standards-based silicon

The Silicon Validation Task Group’s efforts will allow silicon vendors to achieve better economies of scale for TSN products. By providing a roadmap to verify base TSN capabilities in a common way independently from profile or application, the Silicon Validation Task Group will enable silicon providers to develop products for a broad customer base.

“Ethernet’s universal success is centered around standards-based, interoperable silicon,” says Tom Weingartner, product marketing director for the industrial Ethernet technology group at Analog Devices. “As silicon providers, we are coming together to ensure this next generation of Ethernet with TSN is equally successful across the spectrum of silicon solutions.”

Interoperability at the silicon level gives TSN the flexibility for technological advancements from one market to cross-pollinate to others. TSN capabilities developed for industrial applications could eventually be adopted by ProAV, for example, or real time media distribution methods created for ProAV could benefit Industry 4.0. This cycle of innovation has been key to Ethernet’s expansion beyond its original applications. As TSN becomes simply another capability of the standard network ecosystem silicon components should support capabilities coming online across industries.

Working together to further interoperability

“We cee potential for TSN across several of our markets,” says Dieter Cohrs, real time capability manager, Internet of Things group, Intel. “This effort of the component industry working together to further interoperability, starting at the silicon level will help the overall ecosystem in all of the markets using TSN.”

“Having a reliable network foundation is a real asset to product development,” says Marc Chutczer, vice president of research and development for Meyer Sound. “We can’t predict every future requirement, but access to interoperable silicon will speed up development time and will broaden the reach of Avnu-based interoperable solutions.”

The Silicon Validation Task Group is open to all Avnu members. For more info on about Avnu Alliance visit www.avnu.org